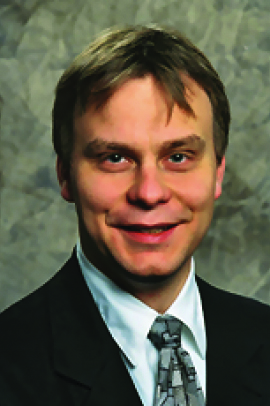 Prof. Wim Van Criekinge graduated in 1994 as a Chemical Engineer from the Ghent University in Belgium, where he earned his PhD in Molecular Biology in 1998. Today, he is a Professor and Head of the Laboratory for Computational Genomics and Bioinformatics (BIOBIX) in the Department of Molecular Biotechnology (BW14) at Ghent University. Prof. Van Criekinge also serves as Chief Scientific Officer for MDxHealth. In addition, he is: CEO of B4M/Bioinformatrix, ; Founding Partner of NXT-GNT, a next generation sequencing facility; a Co-Founder of Novalis_Fund, an incubator for biotech- and life sciences-related companies; Co-Founder of BioLizard, a bioinformatics consulting company; and Co-Founder of myNEO, a personalized platform for cancer. Prof. Van Criekinge serves on numerous boards, including those of Grapheal, Modality.AI, and Cergentis.

Industry Perspective: ConfirmMDx and Improving the Identification of Men at Risk for Clinically Significant Prostate Cancer

Wim Van Criekinge, PhD, Professor of Computational Genomics and Bioinformatics at Ghent University in Ghent, Belgium, and Chief Scientific Officer for MDxHealth in Ghent, discusses ConfirmMDx, a test for prostate cancer from MDxHealth which uses tissue from a negative biopsy. He explains that prostate biopsies have a false negative rate of 25% since they only sample a very small percentage of the prostate and can miss the cancer entirely. ConfirmMDx, Dr. Van Criekinge notes, leverages the fact that cancer originates from changes in DNA which create a halo or field effect around the actual tumor. He details the specific ConfirmMDx genes, all of which were previously cited in a prognostic context, and explains that negative cores that are proximal to cancer will show up positive on ConfirmMDx. Dr. Van Criekinge highlights that ConfirmMDx, which has a negative predictive value of 96%, outperforms traditional methods like age, PSA, atypia, and the PCPT Risk Calculator 2.0 in identifying men harboring aggressive cancer. He also emphasizes the test’s accessibility and low cost, noting that the vast majority of patients are responsible for paying $250 or less. Dr. Van Criekinge concludes by detailing the clinical information required for the ConfirmMDx test, including PSA and DRE result, PSA and DRE date, and the pathology report, adding the caveat that tissue more than 30 months old may be rejected.