My talk is on checkpoint inhibitors for bladder cancer. There hasn’t been a major advance in nearly 25 years. This is Alan Yagoda who was my mentor. There’s a gentlemen in the room here who is photo bombing Alan Yagoda on the right here, Dr. Debruyne, it was probably about 20 years ago. This is from a meeting in Brazil and Alan is in his usual state of telling a joke or pontificating and he was really the major force in driving this treatment for this tumor.

Unfortunately even though his best efforts showed a survival benefit for M-VAC the long-term responses of this disease are fairly poor. If we look at the 6-year survival only 9 of 133 patients survived and basically most of our patients will go on salvage therapy afterwards.

Where do we look for salvage therapy? The immune system is one area. There are monoclonal antibodies that are engineered to interfere with the PD-L1 and PD-1 pathway. The tumor cell can secrete PD-L1 which will bind to PD-1 on the T cell and basically inhibit its activity.

The antibody MPDL3280A otherwise known at atezolizumab will interfere with that particular binding and allow T cells to recognize tumor cells and then kill them.

It seems that mutations are important for the activity of the immune system. If we look at the tumor types that are active, lung cancer, melanoma, renal cell carcinoma, they tend to have a high rate of mutations, and they tend to be chemically induced tumors. Bladder cancer, chemical carcinogens we also know that smoking is a risk factor and it has a high mutation rate. It certainly makes sense to look at checkpoint inhibitors in this particular area.

The results that I’m describing were originally published in Nature about a year ago and I’m going to show you some update. We’ve looked at the staining of PD-L1 or PD-ligand in immune cells and found that this correlates with overall response and it does not correlate in the tumor cells. We’ve stratified our patients in this particular study based upon their immunohistochemistry in the immune cells, not in the actual tumor cells which may have a pd ligand. The overall prevalence of PD-ligand in translational sub – – is low and about 30% overall will express it in immune cells.

This was part of a large Phase I trial that we performed. Ninety-two patients were entered with varying levels of PD-L expression. These ere patients predominantly who had failed platinum-based therapy; they’re predominantly bladder as their primaries. Visceral disease in 79% of patients, 37% had disease in the liver. Cystectomy was present in 61% but 94% of patients had prior platinum-based therapy.

If we also look at other poor prognostic factors less than three months from last chemotherapy or hemoglobin levels those are present in 42% and 17% of patients respectively. This was a very well tolerated drug. Atezolizumab was given every three weeks at 1,200 milligrams or 10 milligrams per kilogram. Fatigue, asthenia, nausea were seen but you don’t see neutropenia and neutropenia fevers nor were there any toxic deaths. There were some immune-related side effects, these included transaminitis, hypophysitis, and hyperbilirubinemia.

This was the first patient we treated at Yale a gentleman with a supraclavicular lymph node as you see on the right. That basically disappeared after six cycles and he stayed without relapse for nearly two years and he relapsed in his retroperitoneal lymph nodes. That actually was surgically resected and he’s continuing to be on ED.

We saw responses in 55% of our patients. There are patients who are PDL zero or one in the immune cells who responded so I don’t think at this point it’s ready for primetime as a selective factor.

If you respond you tend to respond for a long time. The median duration of response has not yet been reached and that’s irrespective of those patients with either high levels of expression or low levels of expression and 20 of the 30 responding patients had ongoing responses at the time of the date of cutoff.

What’s most impressive is the progression-free survival and the overall survival. Thirty-nine percent of patients had a one-year progression-free survival in the two/threes. It was 10% in the zero/ones. The median survival has not yet been reached in the two/threes and this is at a median follow-up of 14 months. It’s going to be higher than that. Consider again systemic chemotherapy for these patients often shows you a median survival of eight months. That’s what we see in the zero to one group.

How do we confirm this? This drug was granted breakthrough status by the FDA last year. The INVIGOR trial is completed accrual and looked at patients who had prior platinum-based therapy or who were platinum and eligible. A total of 400 patients were treated. You didn’t have to require PD-L1 immunohistochemistry but we collected this for correlation.

Genentech had a press release on the 12th of July of this year basically saying that they were encouraged by the responses and they’re planning on presenting this at a medical meeting in the near future. That’s now under preparation for a major medical meeting. I can’t say which but it will be presented hopefully within the next several months.

Pembrolizumab is also a PD-1 inhibitor. It’s also showing activity in metastatic bladder cancer. A very similar trial was presented at ASCO this year by Betsy Premac. Thirty-three patients were evaluated. They were treated with pembrolizumab every three weeks and again the survival seemed to be very similar to what we saw in our trial. These patients were selected for PD-L1 expression and we didn’t have the gamut of patients that we saw in our previous study but overall the median survival is 12.7 months. What she’s also demonstrated is there seems to be a very similar theme between patients with bladder cancer and melanoma as far as the immune signature are concerned. What she looked at was the same panel that’s been looked at in melanoma. These include expanded immune panels, T cell receptor signaling as well as de novo proliferation markers. What she found was that T cell receptor signaling in a 13-gene panel correlated with overall survival and response with these patients. We clearly need better markers to understand that.

Finally and the last portion of this talk it’s important to try to move forward because as we saw before only about a third of our patients respond to anti-PD-L1 therapy. One of the areas we’re exploring is VEGF blockade. If you look carefully at these stains the T cells are on the periphery of the bladder cancer cells. Perhaps by opening up the door by using VEGF inhibitors we can let those T cells go and move in. VEGF R2 is expressed in bladder cancer in the tumor but not in the normal urothelium. We just recently completed a randomized trial looking at chemotherapy combined with a VEGF R2 inhibitor ramucirumab, also a VEGF R1 inhibitor icrucumab and this was in second line chemotherapy. We found in this trial, and this was presented at ASCO GU this year, that there was a significant improvement in progression-free survival when ramucirumab was combined with docetaxel, we didn’t see this with the VEGF R1 inhibitor.

This is now moving into a larger Phase III trial which is being sponsored by Lilly. It was launched about two months ago comparing ramucirumab plus docetaxel to docetaxel alone and that’s looking at a primarily survival benefit. We’re allowing patients with prior checkpoint inhibition therapy to go on this particular trial.

Most importantly the concept of combining anti-VEGF with immune therapy is going to be evaluated at Yale. Roy Herbst and I leading an effort in lung cancer, bladder cancer, also the Farber is going to be doing a gastric cancer portion to this where we’re combining RAM plus the anti-PD-1 pembrolizumab and we hope to see at least an increased response rate with this particular combination.

There are trials that are now being designed looking at adjuvant post-cystectomy for those patients who are PD-L1 positive and that study is being sponsored by Genentech and it’s accruing patients at this particular point. Patients have to be PD-L1 positive to go on this trial.

In conclusion checkpoint inhibition therapy demonstrates significant antitumor activity in cisplatin treated metastatic urothelial carcinoma. Phase II and III trials are ongoing to confirm initial observations of anti-PD-1 and anti-PD-L1 in metastatic urothelial carcinoma and we still don’t understand the marked patterns at this particular point. I don’t think that they’re ready for primetime to select patients but you may be able to use these markers to at least stratify patients and go forth with more aggressive therapy rather than just simply treat them with PD-L1 if they’re negative. 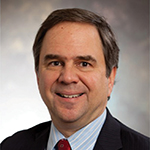 Daniel P. Petrylak, MD, is currently Director of Genitourinary Oncology, Professor of Medicine and Urology, Co-Leader of Cancer Signaling Networks, and Co-Director of the Signal Transduction Program at Yale University Cancer Center in New Haven, Connecticut. He is a recognized international leader in the urology field. He earned his MD at Case Western Reserve University School of Medicine in Cleveland Ohio. He then went on to complete his Internal Medicine Residency at Albert Einstein College of Medicine/Jacobi Medical Center in the Bronx, and his fellowship at Memorial Sloan Kettering Cancer Center in New York. Dr. Petrylak has served as principal investigator (PI) or co-PI on several SWOG clinical trials for genitourinary cancers. Most notably, he served as the PI for a randomized trial that led to the FDA approval of docetaxel in hormone refractory prostate cancer. He also helped to design and served as PI for the SPARC trial, an international registration trial evaluating satraplatin as a second-line therapy for hormone refractory prostate cancer. Dr. Petrylak served on the program committees for the annual meetings of the American Urological Association from 2003-2011, and for the American Society of Clinical Oncology from 1995-1997 and 2001-2003. He also has served as a committee member for the Devices and Immunologicals section of the FDA. He has published extensively in the New England Journal of Medicine, Journal of Clinical Oncology, Journal of the National Cancer Institute, Cancer Research, and Clinical Cancer Research. 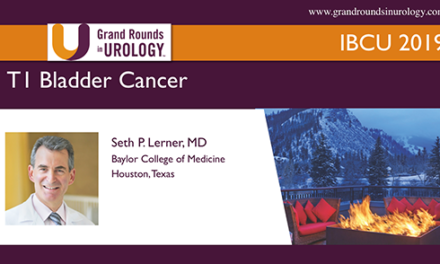 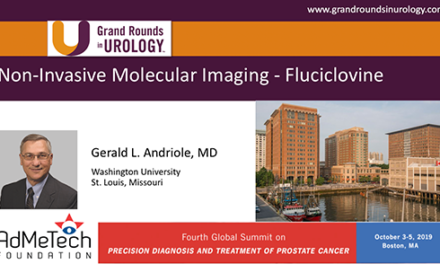 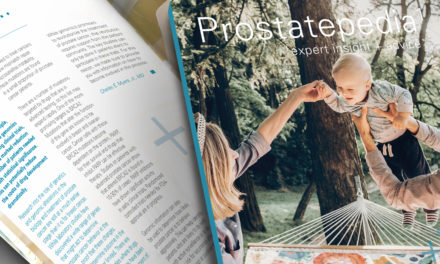 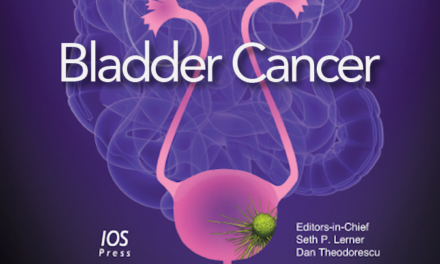