Fred Bartlit, a renowned trial lawyer, explained the science behind exercising to combat sarcopenia at the International Prostate Cancer Update on January 26, 2018 in Beaver Creek, Colorado

Fred Bartlit, a renowned trial lawyer with 60 years of experience and co-founder of StrongPath, explains the science behind exercising to combat sarcopenia. He also summarizes the main points of his book Choosing the StrongPath: Reversing the Downward Spiral of Aging, which is available on the StrongPath website.

Among his repertoire, Bartlit served as the Chief Counsel on the Commission on the BP Deepwater Horizon Spill under the Obama administration. He also successfully represented President George W. Bush in Bush v. Gore in 2000. He became interested in fitness and physical wellness in his 50’s. His girlfriend at the time outperformed him in the gym, squatting 225 pounds for eight repetitions. Since then, he has been dedicated to spreading knowledge about exercise physiology. Also, he is determined to flip the pessimistic and resigned outlook toward sarcopenia.

While he is not officially in the field of biology or medicine, he has first-hand experience on the subject. He will turn 86 this year, and he still regularly skis, plays basketball, and endures high-intensity workout sessions.

Irwin H. Rosenberg MD, coined the word “sarcopenia” in 1988. Bartlit defines sarcopenia as age-related decline of muscle mass and strength loss, or a disease that causes frailty as we age.

From then until 2007, we as a culture disregarded the term. We considered it to be an inevitable condition instead of a preventable disease.

Fortunately, a lot has happened in the world’s understanding of sarcopenia in the last few years. Last spring, the United States government collected data to create a rank of diseases, for which there are no therapies, that affect the largest number of Americans. Sarcopenia ended up on the top of the list.

At a conference in Washington on the disease, one of Bartlit’s colleagues declared that “sarcopenia is the disease that nobody knows the cause and has no cure.” Bartlit argues that it is only irreversible if you are looking for a pill that will instantly erase your symptoms. However, it is absolutely possible to avoid frailty with aging with real hard work and exercise.

Bartlit argues that people should not harbor a resigned attitude toward aging. Illustrating this point, he tells the story when Zeke Emanuel published his article “Why I Hope to Die at 75” in The Atlantic. Emanuel says that life after 75 is “faltering and declining, a state that may not be worse than death but is nonetheless deprived.” At the same time, Bartlit was 84 years old and skiing with his sixteen year old granddaughter in Vail.

Bartlit explains the science behind sarcopenia by using examples from a book by Daniel Lieberman, professor of evolutionary biology at Harvard University.

Essentially, Lieberman claims that the human genome today is about the same as it was 50,000 years ago. Because of this, our genetics are optimized to engage constant physical activity, such as scavenging for food and defending against predators. Now, we conduct relatively inactive lives. While our life expectancy is much longer, our health and quality of life suffers. For instance, the average sixty year old woman today does not participate in even an hour of intense physical activity a year. This is the core of “Mismatch Theory,” or, “Mismatch Disease” that causes sarcopenia.

The Remedy Is Exercise

Bartlit personally believes in cardio and weight training. Particularly, he recommends interval training. That means elevating the heart rate in quick spikes, broken up with periods of moderate exertion. This reflects our 50,000 year old genome’s hardwiring for rapid, intense bursts of physical activity. In terms of weight training, he urges everybody to lift weights until failure.

In this way, it is absolutely possible to maintain levels of strength, endurance, and overall athletic ability into the older years of your life.

Bartlit also touches upon the correlation between intense interval training and reduced risk of Alzheimer’s, among other diseases and disabilities.

Outside the medical facts and the data, Bartlit stresses that nothing is more valuable than living freely, uninhibited, and exuberantly for as long as you possible can. 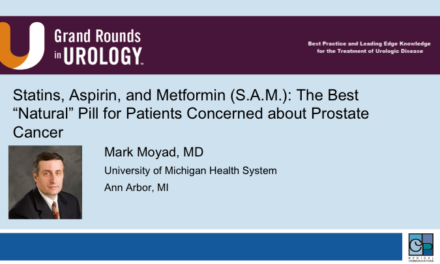 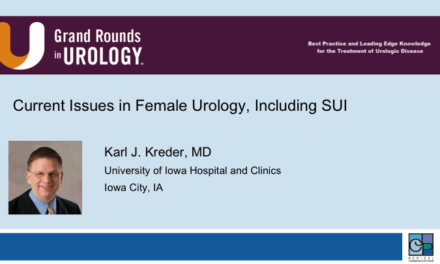