I want to do an update on brachytherapy very quickly. I have 20 minutes. This is one of the major options for treating prostate cancer. There is good data to show that brachytherapy is being chosen less frequently, and fewer of our residents are being trained to perform this procedure, and this is not just because lower risk disease is less common, although that is contributing to it.

We used to do a lot of cases and now we don’t do that many, but we still do them. And when it’s done, sometimes it’s not being done appropriately. And actually there is some evidence to suggest that this might be one of the best treatments, and it’s probably more effective than some of the other treatments. I’m not going to talk about some of the technical developments and future directions.

So this is one of the recent studies that basically shows the trends and the percentage of patients. So you can imagine that if the absolute number of low risk patients and favorable patients with prostate cancer being diagnosed, this is even having a bigger effect. But this is the decline in brachytherapy. That is that second curve there. And in addition to that, this is a study looking at residents in training programs and what has happened. And both academic and in non-academic centers have shown a significant reduction in the training of residents to do brachytherapy. So I anticipate that this trend will continue.

And then if you look at how it’s being used, you can see at the bottom of this curve down here, these are the high risk patients. They are patients with high risk disease who are getting brachytherapy as monotherapy which may not be a good idea and is not in compliance with the NCCN guidelines. So, again, it is becoming done less frequently and not always done in compliance with the guidelines. And then you have data like this. This is from a very sophisticated analysis performed by Steven Frank and an economist from Harvard, or actually somebody from the Harvard Business School.

And they looked at brachytherapy, proton beam radiation, and radical prostatectomy, and using a validated quality of life instrument, here they are looking at one year, at the one year time point. And you can see that for most things, vitality and so forth, there are some differences but they are relatively small. But when you look at the overall treatment costs and the brachytherapy, there is a trend for brachytherapy that you really could argue is the best treatment for the money.

So that is sort of the background and moving us into where we are with respect to what is relatively new. This is data from our phase III randomized trial. We were attempting to evaluate whether or not the patients with intermediate risk disease really needed to get external beam radiation in combination with their brachytherapy. So the patients were randomized with favorable intermediate risk disease to external beam radiation with brachy versus brachytherapy alone. They had to have either a PSA between 10 and 20 or a Gleason score of 7 with a PSA of less than 10, so these are pretty favorable intermediate risk patients.

And traditional treatment, as you would expect, these are the characteristics of the patients. And there were 443 patients that were evaluable for five years, and this slide just shows the so-called futility calculation to show that we should stop the study and that we weren’t going to find anything different than was suggested at this interim analysis. And this is about toxicity and efficacy. So if you looked at the freedom from progression, the brachytherapy alone versus brachytherapy plus external beam radiation suggesting that there is no difference between the two groups.

And you could use a Phoenix [phonetic], you could use the old astro [phonetic], you could look at the metastasis and overall survival, and there really wasn’t a difference. Again, this is biochemical failure using the Phoenix definition. Favorable results; and the if you look at toxicity, the toxicity tended to be a little bit higher although not dramatically so when you add the external beam to brachytherapy. So this data may establish brachytherapy as the appropriate treatment in favorable intermediate risk patients based on the data from the randomized trial.

And our primary endpoint was really the PSA nadir and the MR spectroscopy finding, so you know that cancer tends to have high choline and healthy prostate has high citrate. And if you have an ablation of cancer and normal tissue, you get metabolic atrophy after radiotherapy. And we looked at the degree of metabolic atrophy after external beam versus brachytherapy. And it was much more dramatic after brachytherapy, complete metabolic atrophy versus after external beam radiation. And if we looked at the PSA level, the PSA, the median PSA, and this is with a short follow-up at five years, our PSA is less than 0.1., the median PSA after brachytherapy.

So, brachytherapy is much more ablative, but that doesn’t prove that the outcome is going to be dramatically better, but we sort of thought it was going to be better. And, again, this is a match comparison with the people from the PROTON [phonetic] trial that was published in the New England Journal of Medicine, 79 gray protons versus a permanent implant. And if you look at the percentage of patients who had a PSA of less than 0.5, the one are greater than one, even with high dose protons, the ablative effective of the prostate were not as impressive as a permanent implant.

So now we have a randomized trial. This is a Canadian trial, the so-called ASCENT trial. This is now dose escalated external beam radiation combined with hormone therapy. So they got a total of a year of hormone therapy, and they either got dose escalated external beam or they received a brachytherapy at implant. And these patients had either unfavorable intermediate risk or high risk disease. You can see that 40% of them at least in scores of 8 or above, 69% of them were NCCN high risk, and about 20% had PSA’s over 20. So these are unfavorable patients by and large, and a multivariate analysis was clear that adding the brachytherapy improved the outcome relative to any of the other endpoints.

And if you look at the biochemical control rate which is the primary endpoint of the study, this is again high level evidence that in terms of biochemical control, adding brachytherapy improves the outcome. But we are doing less brachytherapy, and it’s going to be interesting to see how this data affects the practice patterns. The data are actually more impressive than they look just looking at that curve. That was by the so-called Phoenix definition, so if you look at the biochemical control if you use a nadir plus two definition which is the standard definition with radiation versus a surgical definition with a PSA of greater than 0.2 with radical prostatectomy, you can see that compared to external beam radiation, the brachy patients had a much more impressive degree of ablation of the gland suggesting that this is just more effective at destroying the prostate and potentially the cancer as well.

And although it did not reach statistical significance and that wasn’t the primary endpoint of the study, there is a trend that suggests that the brachytherapy patients might actually live long enough, and if the trial were much bigger it would be likely to improve the overall survival. Again, so this is the only problem that the toxicity was a bit higher in the brachytherapy group. The grade III toxicity was somewhat higher, and at six years a persistent rate grade III of about 6%. Now there are opportunities to improve the brachytherapy in terms of reducing toxicity.

So the take home points are that the brachytherapy is being chosen less frequently, and the trend is likely to worsen because we are not training the residents to do brachytherapy much anymore, and that the people that are using it are sometimes using it inappropriately, but brachytherapy as a monotherapy may be a treatment of choice in favorable patients, that it is favorable to intermediate risk patients, and if you look at those patients that were included on the ASCEND trial, unfavorable intermediate risk and the high risk patients, those results would compete favorably with any radical prostatectomy series.

And I think they are a good treatment option for those patients with more advanced disease. Thank you for your attention. 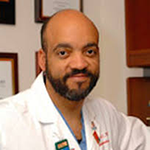 Mack Roach III, MD, is a Professor of Radiation Oncology, Medical Oncology and Urology, at the University of California, San Francisco. He earned his MD from Stanford University School of Medicine. Over the last 10 years, his research efforts have been directed at defining optimal imaging modalities, as well as criteria for defining target volumes and improved treatment techniques. Dr. Roach chaired one of the most important large prospective randomized trials comparing different strategies for locally advanced prostate cancer. He has gained international recognition as an authority on treatment planning for prostate cancer and served as senior author for the guidelines for treatment planning recently published by the American College of Radiology. Dr. Roach is a member of several professional societies including the American Society of Clinical Oncology, American Society for Therapeutic Radiology and Oncology, Radiation Therapy Oncology Group, the NCI IMRT Working Group and American Joint Commission for Cancer (AJCC) Staging (GU), the American Cancer Society (ACS) Task for Cancer Screening Guidelines (Prostate cancer) and the NCI Concept Evaluation Panel (Prostate Cancer Phase III Trials). His major research interest involves the application of 3-D conformal and intensity modulated radiotherapy (IMRT) treatment planning technology as a major component of combined modality management of prostate cancer and other solid tumors. 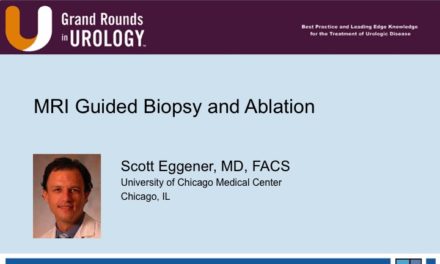 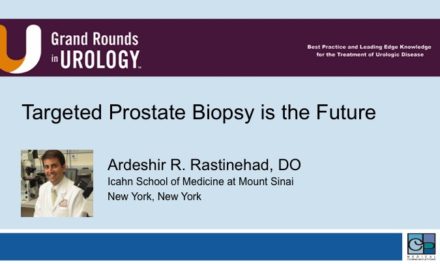 Targeted Prostate Biopsy Is the Future 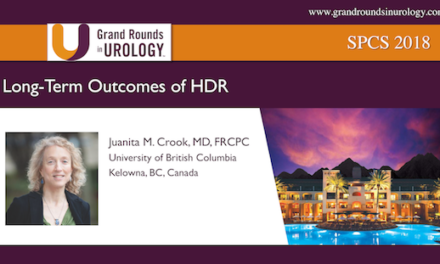 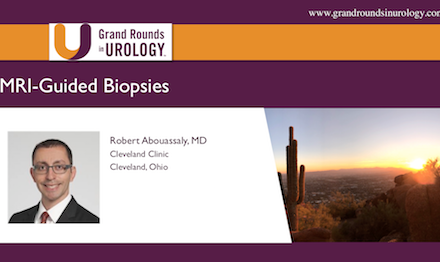 An Overview of MRI Guided Biopsies for Prostate Cancer