David C. Beyer, MD, argues that there is enough research from randomized trials and clinical studies for the urological community to consider high intensity focused ultrasound (HIFU) as a standard of care for treating prostate cancer patients. This is a counter argument to Erik P. Castle’s lecture, “HIFU is not Ready for Prime Time.”

I actually have to comment that I was halfway through preparing my talk before I realized I was supposed to be arguing pro and not con, because I had a really good con talk ready.  So HIFU is ready for prime time.

I have nothing to disclose except I don’t do HIFU.

But I’m going to start with an audience response question.  I’ll start offering HIFU to my patients when: a randomized multicenter trial shows efficacy; there’s enough literature to support a meta-analysis of multiple data sets; my Medicare carrier policies allow for adequate reimbursement, or number D, Dr. Crawford tells me it’s okay.  So pick your favorite.

And the answers?  I had a feeling that that last one was going to get some action.  Reimbursement is always an issue, and that’s something that I think everything we do, we’ve got to acknowledge.  A and B, actually, I’m going to try and show you some papers.  There is actually more out there than you may think.

As Victor Hugo said, “Nothing else in the world…not all the armies…is so powerful as an idea whose time has come.”  So the point I’m going to try and convince you of is that the time for HIFU has come.

And this is really the money slide.  Everything else I’m going to have is really in support of this slide.  We’re talking here about something that’s been in use for more than two decades around the world; it is global.  50 countries do this, it is minimally invasive, it can be either ultrasound or MR-guided.  There are a number of different systems, transrectal, transurethral.  It’s an outpatient treatment, it has rapid recovery.  There’s minimal GU and sexual toxicities comparatively.  There’s no bleeding and there’s no radiation to the organs at risk.

I’m kind of reminded of this cartoon I clipped a long time ago from Baby Blues; “What doesn’t kill you often makes you wish it had.”  Damage to these sensitive organs are often considered unacceptable after the standard prostate cancer treatments, be it radiation or prostatectomy.

So there’s some preliminary data out there, a prospective multicenter HIFU trial.  This is a trial that I really liked, and I liked it because it’s the only prostate cancer trial I’ve ever seen that reported the median follow up in days; here 407 days.

So it’s a really short follow up, but they did biopsies in patients in follow up, which I think is important, because most of the studies that are out there, radiation in particular, we don’t do biopsies.  So 87% overall, 92% low-risk patients had negative biopsies in follow up.

There’s toxicity that shows a slight but insignificant increase in epic urinary sores, a trend towards decreased sexual trend, but this is not even a big deal kind of sexual toxicity.  So we think that both from the efficacy, from the toxicity, there’s some data to support it.

In the salvage setting I think that there’s a lot more data, there’s whole-gland HIFU, again, 81% one-year negative biopsies with some toxicities, most of which were Grade 1 and Grade 1.  So I think that it is a tool that belongs in your armamentarium.

We’ve got other studies that have done longer follow up.  Here we’ve got one with almost four years of follow up median.  569 patients.  One of the nice things is it repeatable.  If you don’t take care of the problem the first time around it can be done.  They had 163 patients where they safely were able to retreat.

5-year failure-free of 70% but there’s a fair number of high-risk patients in there in the high-risk population, 58%; that’s actually not that different than what we see with a lot of other modalities.

Relatively low risk of complications.  88% pad-free.  7% UTIs, and if a urinary tract infection is one of the major complications that has to be reported, it actually is a pretty safe treatment, something that we should be thinking about.

A thousand patients in another study.  Again, two-thirds of them were single-session, a third of them required multiple sessions.   Mostly low- and intermediate-risk patients with fairly good eight-year biochemical control using the Phoenix definition.  It’s never really been tested in the non-radiation setting, but it’s a reasonable definition to use.  But importantly, prostate cancer-specific survival of 97% at 10 years, and metastasis-free survival of 94% at 10 years.

The graph kind of shows you what we’re talking about visually as it relates to the biochemical control, and there’s more late results.

This is another study, 700 patients, so now if you’re doing the math, we’re talking thousands of patients in the studies that I’ve just presented to you.  Some of these were patients that were fairly high-risk.  They’re low-stage, but some of them were fairly high PSA.  Again, two-thirds of these intermediate or high-risk patients, median follow up is now fairly long, five-and-a-half years.  Cancer-specific survival, 99%.  Freedom from salvage treatment, 98% in the low-risk group, 72% intermediate.

That’s about the freedom from disease-progression that you’re going to see with patients treated with standard of care radiation therapy and radical prostatectomy.

So I think that there’s more and more data piling on, large studies, longer follow up.  Again, another 500 patients thrown in there, median of eight years.

Again, the low-risk don’t look like they’re doing too well, but they aren’t doing any worse than with other therapies.  But the intermediate and low-risk patients, doing very well.

Multicenter trials are now available with long-term follow up.

Case selection because the key with anything we’re doing.  This is a great opportunity to treat focally when whole-gland treatment is not indicated.  It is a great tool for those patients who need a bridge between active surveillance and more aggressive, potentially toxic treatments.

So it is something that we should be thinking about when we meet this FDA vague approval for prostate ablation.

I was struck that we’re really where we were with brachytherapy just 20 years ago.  This is a new and exciting treatment.

This is a slide that I put together around 1999, 2000; the little red bars show the utilization of brachytherapy, 1992 through 1996, and you can see it was an up-and-coming treatment, it was something that was still less than 5% of all prostate cancer treatments.  But that’s about where we are now with the HIFU.

This is what we now know with LDR brachytherapy, the data is solid now, it takes time for this to develop 20 years later.

I will also tell you we all have our own media issues similar to brachytherapy.  On the left, some of you remember Andy Grove when he published his brachytherapy experience in Fortune Magazine.  On the right, the Daily Mail with Wyman from the Rolling Stones who, as you can read there in the headline, if you can read it, “Keep your pecker up, Bill…new prostate cancer zapper won’t wreck your love life.”

So clearly this is the 2017 version of what was done with a little more civility, perhaps, in the 1990s.  But brachytherapy seems to be the model, the trajectory, that is being followed by this.

When does a treatment become a standard of care?  There’s really no right answer to this.  The National Academies of Medicine, which previously was–yeah, that–had a panel that was convened a couple years ago, “Appropriate Use of Advanced Technologies for Radiation Therapy and Surgery…”  They were looking primarily at IMRT and about a robotic radical prostatectomy.  But they could have been talking about HIFU.

The bar now for these new technologies is higher.  We’ve got to acknowledge it, but we’ve got hypothesis-generating studies.  We’ve got multi-center studies, we’ve got meta-analysis, we’ve got a treatment that is widely available both across the U.S. and worldwide. 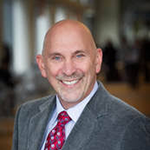 Dr. Beyer is the Medical Director of Radiation Oncology at the Centers of Northern Arizona Healthcare in Sedona. He grew up in Phoenix and earned his medical degree from the University of Arizona College of Medicine after studying electrical engineering at the Massachusetts Institute of Technology in Boston. He completed consecutive residencies in both Internal Medicine and Radiation Oncology at the University of Arizona Health Sciences Center and the University of California, Los Angeles. He then went on to practice in Phoenix and Scottsdale from 1985-2014. He is board-certified in both Radiation Oncology and Internal Medicine. While in private practice, he has published more than 40 peer reviewed articles on cancer treatments, guideline development, and health policy, with an emphasis on prostate cancer. He has advised Medicare on policy as a member of the MedCAC and has been actively involved in cancer care policy development throughout the past decade of healthcare reform. Dr. Beyer has served as President for the American Society for Radiation Oncology, the American Brachytherapy Society, and the Arizona Radiologic Society. He has also served on the Council Steering Committee of the American College of Radiology and the Board of Chancellors for the American College of Radiation Oncology. He is a Governor-appointed member of the Arizona Medical Board. 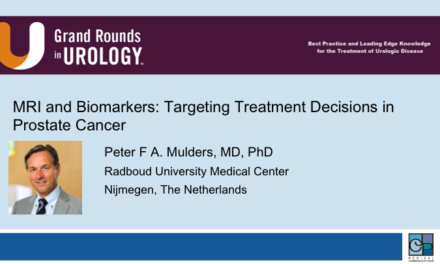 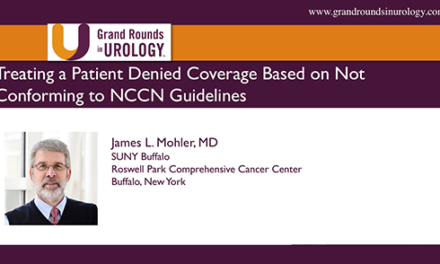 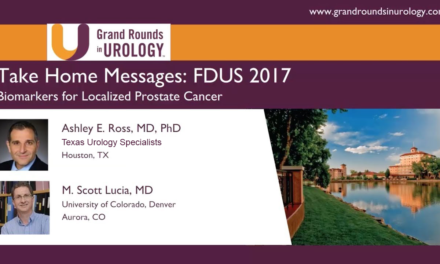 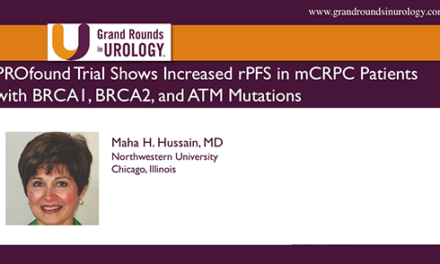