This interview, “Leading a Support Group,” is provided by Grand Rounds in Urology’s content partner, Prostatepedia. 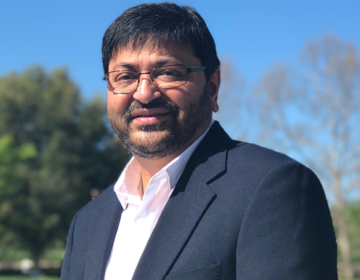 He spoke with Prostatepedia about his own journey as well as ways in which you can get involved in advocacy.
Learn more about Prostatepedia and how to become a member.

How did you find out that you had prostate cancer? What treatment path did you take?

Mr. Rupen Sheth: After about age 50, I missed my annual physicals for a couple of years. I first had my PSA checked at age 52, and that was the first time my PSA reading was taken, which was detected at 24. That was the first alert, so my situation was fairly sudden.

I had no idea what PSA meant. I saw that it had exceeded the normal amount, but I didn’t know anything about the prostate or its function. I just thought it was a reading that’s beyond the threshold, just like blood pressure and cholesterol. I thought there were ways to remedy it.

At first, the urologist gave me some medications to see if I had an enlarged prostate. But when we retested, the readings were about the same. He referred me to a local urologist who did a digital rectal exam (DRE), which came back normal. He suggested doing a biopsy at that time.

Just like any newbie, I proceeded with what he recommended. He did a random 12-core biopsy. It was only later that I learned about scans and doing an MRI-guided biopsy, which would have been better. Five out of twelve cores were positive, with one at Gleason 4+5.

It was only then that I started researching and tried to get an understanding of what all this meant. I had CT and bone scans, which came back negative. After some initial research, I realized that I needed to work with some better doctors, oncologists, and institutions than the ones the urologist referred me to. My experience with that urologist was not positive. I sought out folks at Stanford University in Palo Alto and had discussions with a number of people there.

I was almost on a path for getting surgery, but I learned more about long-term outcomes of other treatment options versus surgery and decided to change my course of care.

Instead of getting surgery, I opted for a tri-modal treatment at Stanford, which included two sessions of high dose-rate (HDR) brachytherapy, with five weeks of intensity-modulated radiation therapy (IMRT), followed by androgen deprivation therapy (ADT), which I stayed on for about 18 months. After discussions with my oncologist, we stopped my Lupron (leuprolide) after 18 months. I’m at a point now when we’re monitoring it on a periodic basis.

How has the prostate cancer journey changed you?

Mr. Sheth: There have been a lot of positives from this, despite the initial shock that you typically go through. We have access to a lot of information, which is both good and bad. It can be overwhelming. There is a lot of garbage out there too. You have to be able to filter through that. That requires you to have people who can coach or guide you.

I lean on support groups a lot because there are a lot of people who have been through this journey and have made mistakes. I learn a lot from the missteps that others have taken.

Ultimately, you’ve got to be able to take all of this information and come up with your own road map. I’ve come to realize that you’ve got to take action and control what needs to be done. Others can serve as a guide, but this is about you. That realization has been a positive.

This whole experience has made me a better person in many ways. I’m more conscious of diet and exercise than before. I’m more tolerant and sympathetic. It’s given me a chance to pause and reflect, to determine what is truly important. Those are all good things. Despite 18 months of roller-coaster times, it’s been a good experience.

How did you first become involved with the support group?

Mr. Sheth: As I was trying to determine my treatment options, I looked to speaking to others who had been through this journey. I got some referrals for local support groups. But interestingly enough, it was quite difficult to find out which local prostate cancer support groups were operating. The information online was not current, so it took me a few weeks to get in touch with the individuals who ran the local support groups.

I attended a couple of these. When I attended, I presented the treatment course I thought I would take based on everything that I had researched. It was reassuring to get some validation that the plan that I had chosen seemed to be the right one.

I continued to attend the meeting because I was learning a lot. I found out that the more you know, the more you know you don’t know. I was committed to prostate cancer, so I wanted to know as much as I could about it. There was a wealth of knowledge among the folks who had been through it. I was just observing and learning. It was also an opportunity for me to know enough so that, if by chance there is recurrence, I’ll be better prepared. As I attended, I got more actively involved.

And now you lead the group?

Mr. Sheth: Right. I felt that the group had given me so much and now I had an opportunity to give back.

Our support group has a ton of books and DVDs. A gentleman, Dean Andrus had been our librarian for over a decade. He used to carry all of the material to all of the meetings to facilitate people who wanted to check stuff out.

I started off by taking ownership of the library from him and looked for ways to improve and optimize it. I worked with the El Camino Hospital. They have two library facilities, so we got all of our materials checked in there and set up online so that people can search the catalog, request materials, and check them out.

At first when the previous group leader had retired, the steering committee talked me into leading the group. And again, because of all the support I had gotten from a lot of great members, I felt it was one of the ways for me to do my little community service.

How do you develop programming for and organize the group? Do you have guest speakers? A newsletter?

Mr. Sheth: Our group meets monthly. We also run an advanced prostate cancer group, led by Walter D’Ardenne that meets just prior to ours. A lot of the members from the advanced group participate in my group as well. They serve as a sort of advisory panel because they have a lot of experience and knowledge.

I am a part of the steering committee. We meet more often per month. We talk about how things are going and discuss ideas, topics, and speakers. There’s a good mix of people who are new to this and others who have a number of years’ experience. So, we try to get a mix of relevant topics and some of the new, emerging topics as well. Because there’s a lot of research being done, we try to get others who are doing clinical trials in this space to stay current.

We attend conferences and relevant cancer symposiums. We bring back information on what we learned and discuss it in our meetings. We try to promote and propagate that information through our newsletters and our website.

I took it upon myself to build the website, get the whole layout structure in place, administer it, and host it for the three local support groups.

You’re doing quite a lot.

Mr. Sheth: Yes, but because there are already so many websites, I didn’t want to create yet another one. For us, it was mostly about promoting the resource gems, the topics that are important, useful nuggets, and other things that we discuss in our meetings. Mostly, it’s a collection of references to other sites. We’re not creating new content. We’re merely cataloging and curating other relevant sources.

Mr. Sheth: My email distribution list is about 350. Because I always look for ways to reduce the amount of work that I have to do, especially repetitive work, I didn’t want to manage our list manually. There are a lot of good, free services available, so I chose MailChimp for the newsletter. It allows folks to opt in and out on their own, which keeps it easy. Generally, about 40 members come to each meeting.

Do you get the same 40 people each time, or do you have a core group that comes every time and then newbies?

Mr. Sheth: There are about ten people who are always there. They’re part of the steering committee. There could be a few more who are regulars. And then another 10 to 15 who frequent our meetings but who are not regulars. They try to come to as many meetings as possible. There are about two to five new members. If we have a speaker or a topic of great interest, then there could be more people who attend.

What is it about helping other men with prostate cancer that you find rewarding?

Mr. Sheth: I’ve found that this particular area is more confusing for folks. A lot of the responsibility has been given to the patient because there is no clear choice. I’ve seen folks make decisions prematurely. Everything that I’ve learned from others provides a way for me to guide folks, to help them get out of their fear that leads them to not make those hasty decisions. I try to get them to understand that they’re not alone and that this is a slowly progressing disease. You have time. You can research, gather the information, and make the right decision.

For me, providing that type of coaching, mentoring, and guidance to others is very fulfilling because a few people did that for me, and it helped a great deal. I’ve seen people who didn’t have that, and I want to make sure that we’re doing all we can to make that available to everybody who needs it.

Mr. Sheth: See if other existing national groups or organizations have the framework, resources, and guidance that you could take advantage of so that you don’t need to figure everything out on your own. Organizations like the California Prostate Cancer Coalition (CPCC), Us TOO, and the American Cancer Society have affiliations or chapters that you could create. See if you can associate with one of those national organizations because it will help guide you through that process.

Then get other volunteers. Don’t try to do everything yourself. There are plenty of people, and you can delegate and rely on others so that you can do this as a team.

Join Prostatepedia. Next month, they will be talking about genomics. 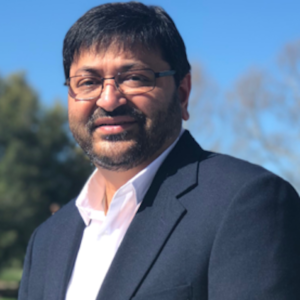