Neuroendocrine cells are actually part of the normal prostate. You can detect them in the benign prostate as well if you do the right staining. This is with chromogranin and synaptophysin. They’re probably part of the normal, they are part of the normal architecture of the prostate, they are in the basil cell compartment. They have dendritic cells and they play a regulatory role via their trophic neuropeptides, bombesin, calcitonin, serotonin, PTH, VEGF and so forth and so on. Those are terminally differentiated cells, so they don’t have a proliferative capacity and they express anti-apoptotic factors.

But the neuroendocrine cells can come and present themselves as a prostate cancer tumor. In an extreme case, which I would not talk much about, is the primary de novo, if you will, neuroendocrine prostate cancer. This is a very rare disease, less than 1% of prostate cancer patients. Usually in the form of small cell carcinoma of the prostate. They are sometimes large cell neuroendocrine carcinoma or carcinoid. There’s different and new pathophysiological classifications. It’s phenotype of frequent visceral and bulky soft tissue metastases, lytic bone lesion, and they’re usually responding early, but for a short time cytotoxic chemotherapy, cisplatin or carboplatin in combination with taxanes. They do not secrete PSA, they have very low levels of PSA, but high levels of another surrogate marker, the chromogranin (CgA).

But what’s very interesting, I think that would be the topic today is the secondary development of neuroendocrine prostate cancer. So it has been estimated that about 25% of lethal prostate cancers are neuroendocrine prostate cancer in large phenotype. And it’s a trans-differentiation actually from adenocarcinoma cells probably due to epithelial plasticity because of selective pressure. And the selective pressure is androgen deprivation. And the more the merrier, if you will, and cytotoxic chemotherapy. There is also some thought that they have a common progenitor as the adenocarcinoma cells. I won’t get too much into that.

The interesting thing is those neuroendocrine prostate cancer cells are resistant ADT. And they actually can act as an inner stimulant for tumorginicity, because they act as a source for paracrine signals via their secretion of serotonin, bombesin, calcitonin, et cetera, and we’ll talk about that.

So how common is that? This is actually from an abstract that was presented in American Society of Clinical Oncology (ASCO) in 2014. I couldn’t follow that with a paper, actually paper, but that was a very interesting study. They looked at their cover material from a prostatic biopsy signs and stain if with a neuroendocrine markers, and you can see that they excluded small-cell carcinoma, but you can see that up to 50% of the tumors, or the metastatic deposits showed positive staining for neuroendocrine markers. So 44, and that was also observed in 44% of the hormone sensitive cases, and up to 56% of the castration-resistant prostate cancer, so it’s very, very common thing.

You can add to that the observation that circulating tumor cells from patients with neuroendocrine prostate cancer are identified in about 10% or 11% of castration-resistant prostate cancer patients, so it’s there.

So let’s go through the evolutionary transformation of classic adenocarcinoma to a neuroendocrine cancer, so as you saw above in the histological staining, you have it in benign prostate, then you have it hormone naïve prostate cancer, and that shows rearrangement of the TMPRSS2-ERG gene supporting a common origin. But then with the development of castration-resistant prostate cancer through the evolution of prostate cancer you can see that there are typical genetic changes that would explain the aggressiveness of this tumor. So first there is the loss of AR, so androgen-regulated genes. Neuroendocrine prostate cancer cells do not express the androgen receptor. Now, with that, after that comes the induction of neuroendocrine in neural program. And that is accompanied by first loss of tumor suppression, so TP53, RB1, commonly, or deleted or suppressed in neuroendocrine prostate cancer, which leads to genomic instability. And on top of that, the final heat is the upregulation of aurora kinase-A, which we’ll talk about MYCN amplification which results in a significant mitotic activation. So those are specific molecular pathways with the androgen deprivation therapy can not touch.

I’ll give you an example. Here is this study that we did, actually, back when I was doing my PhD, so this, we used to take prostate cancer tissue from patients and plant them into mice and try to develop a different unique xenograf. So this, we called it a WISH-PC2, Y22 – -, WISH-PC2. This was from a patient that had a very aggressive adenocarcinoma of the prostate, treated long-term with hormones. We took the tumors. We implanted into mice, and what you can actually see is that these xenograf developed into a small-cell neuroendocrine prostate cancer. Now, interestingly enough, you could see that if you treated these mice with a testosterone the tumor still; although, it didn’t not have the androgen receptor, still got bigger. So it grew faster. And this is very interesting, because this would potentially talk about the fact that we still need to need androgen deprivation therapy to these patients, because it’s always a bit of a mix between adenocarcinoma and neuroendocrine prostate cancer cells, and the effect of androgens can effect the surrounding stroma, and that would fit back to the prostate cancer cells. For example, through VEGF and so, so there’s still some advantage of castration in these tumors, and this has been shown here.

This is a classical neuroendocrine prostate cancer. You can see that if you implant into a mouse’s prostate you develop a tumor, neuroendocrine tumors, which completely replace the tumor. It can cause liver metastases, which is typical as a visceral metastatic. You can see here that if you put it into tibia it can induce lytic, typical lytic bone lesions. What’s not shown here is that this tumor model actually secretes chromogranin-A, which is surrogate and correlate with the tumor volume.

So transdifferentiation from an epithelial-like phenotype to a neuroendocrine-like phenotype can be a consequence of treatment induced selective pressure. And I think this is a very important point. So we are creating in our hands a neuroendocrine prostate cancer, and I believe, it is really my belief that we’ll see more, and more, and more of those with all of the manipulation that Neal described to you.

MYCN is a proto-oncogen encoding transcription factor which regulates—which is in normal physiology, if you will, is important early embryogenesis for neural stem cells. But it is upregulated in neuroendocrine prostate cancer cells and causing the proliferative effect and the differentiation to neuroendocrine tissues. And the interesting thing is that the Aurora kinase A, which is a cell cycle regulator, works on the assembly of the mitotic spindle apparatus, so the chromosomal separation in the mitosis, this stabilizes MYCN. So they go out together. And Aurora kinase A I think is the hallmark, at least from what I can understand now in the biology of neuroendocrine prostate cancer in the development of this lethal disease.

And you can see it here again. And this is important because there is a specific drug that can target the Aurora kinase A. This was licensed with Takeda, the name is alisertib. And that has been shown in preclinical studies by Beltran, et. al., which is a beautiful study, to show that it can inhibit significantly or treat neuroendocrine prostate cancer on the basis of the fact that Aurora kinase A is over expressed in neuroendocrine tumors, and actually also in other carcinoma cells that are destined to become neuroendocrine prostate cancer cells.

So this is the clinical trial that was recruiting. It’s an orally administrated AURKA inhibitor given orally, 50 mg twice daily for 7 days, and repeat the cycle in 21 days. They did a study which looked at open-label phase 2 trial, mainly looking at progression. The problem was, and this has been presented in European Society for Medical Oncology (ESMO) in 2016, now the recent ESMO, showing that it had an effect, but that was kind of a limited effect. So about 3 patients of the 60 had complete response or significant response, but the progression to—radiology progression in 6 months was quite high, and the progression-free survival in 6 months was only 15%.   They explained it in the fact that they were not really enriched for neuroendocrine prostate cancer. But I think this is a very interesting drug, I think because Aurora kinase A amplification is also presenting in a primary adenocarcinoma of the prostate and predict late-stage development of neuroendocrine prostate cancer and castration-resistant prostate cancer, perhaps one can envision the integration of Aurora kinase A inhibitor early on before the disease is full-blown, and this is something that is of interest.

So to wrap up, just to give you what I call a cognitive doggy-bag, if you will, a take-home message, I think neuroendocrine prostate cancer develops from adenocarcinoma of the prostate, okay. This process results from selective pressure, and please be aware that we inducing it in our own hands. This is the trade-off of this sophisticated deep castration, as well as the addition now of cytotoxic agents, and it involves specific molecular pathways. And if you have to remember one, please remember the Aurora kinase A. There is increased incidence of neuroendocrine prostate cancer in the current era of novel ADT agents, which is suspected. I didn’t see really hard data on that. And we have to compare it to historical control, and they have their own selective advantages. And one thing perhaps to target them is to target their own secretion, which fuels up the neighboring adenocarcinoma cells by virtue of their paracrine factors, and there is potential targeted therapy, Aurora kinase A inhibitors, which I think needs to be used more selectively. Thank you. 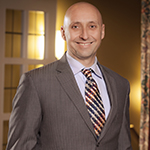 Dr. Pinthus is an Associate Professor in the Department of Surgery’s Division of Urology at McMaster University in Hamilton, Ontario. He is a surgical oncologist-urologist who completed his MD at the Hebrew University in Jerusalem, Israel, and his urology training at the Sheba Medical Centre at Tel Aviv University in Israel. He then completed 2.5 years of an SUO-accredited Fellowship in Uro-Oncology at the University of Toronto. Dr. Pinthus earned his PhD at the Weizmann Institute of Science in Rehovot, Israel, working on gene immunotherapy of prostate cancer. He is heading a basic and translational research laboratory at McMaster University and his research interests relate to how patients’ individual host factors and metabolism affect prostate cancer growth and response to therapy. Dr. Pinthus has published more than 80 peer-reviewed papers and several book chapters. He is a member of the editorial board of European Urology, Prostate Cancer, and Prostatic Disease. Dr. Pinthus is the principal investigator on many distinguished research grants, including a $3.5 million Movember-Prostate Cancer Canada grant titled “Role of androgen deprivation therapy in cardiovascular disease - a longitudinal prostate cancer study (RADICAL PC).” This study is intended to prospectively address the potential link between prostate cancer in general and androgen deprivation therapy (ADT) in particular and an increased risk of cardiovascular disease. 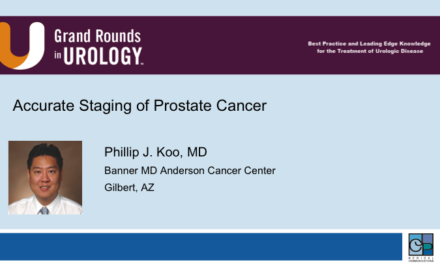 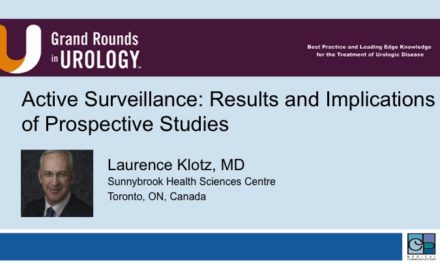 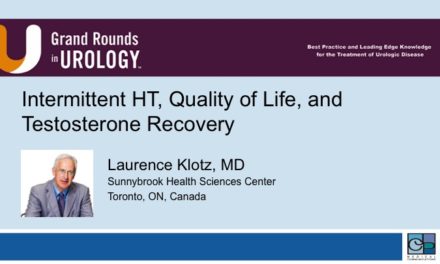 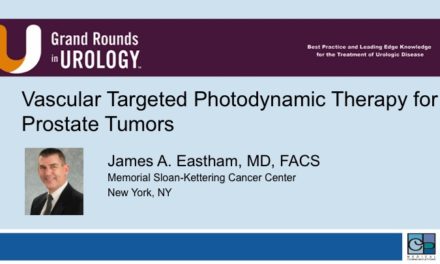