An Update of the European/Swedish Screening Trial

How to cite: Abrahamsson, Per-Anders.  “An Update of the European/Swedish Screening Trial” January 25, 2017. Accessed Aug 2021. https://grandroundsinurology.com/update-europeanswedish-screening-trial

An Update of the European/Swedish Screening Trial

I’m going to give you an update of the best screening trial in the world. And it’s mainly based on data coming from my own country of Sweden. So I have disclosures, of course, Ferring, I’m working a lot for Ferring right now. And there are two minor companies in Sweden, and then the Norwegian one. So Ferring, for instance, is interesting because it started in my own city of Malmo 60 years ago, and it’s the son of the founder actually who is running the company at the present time.

So you know very well where our three large-scale randomized trials. In fact, the two on the right side actually belongs to the same European randomized screening trial. And then you have a gentleman sitting in front of me, Gerry Andriole, introduced his PSCLO trial.

So the history of European randomized trial actually that was founded and initiated by Fritz Shroder in the Netherlands, and it started out in the Netherlands in Belgium. And then we in Sweden joined it. It was actually Jonus Hugosson, a professor now in Göteborg in Sweden in the mid-90s with 20,000 males. And then some other European countries like Finland, Spain, Italy, and Switzerland joined, and finally, France. So we’re talking about in total eight European countries. And more than 160,000 men between the age 55 and 69 were randomized. So the study is actually still ongoing, and I was happy before I left the EUA as secretary general that we gave them some money to continue that study, to follow the patients over time. And Fritz gave over his PI Jonas Hugosson, who initiated the Swedish arm of the European randomized trial.

And here you see the first publication, actually one of the first ones actually by Fritz Shroder, looking at European randomized trial and including all the centers. Ending up in a 25% reduction in prostate cancer deaths at 13 years. The – – is you have only 25, 21%. On the other hand and also what is negative, the number needed to initiate is close to more than 800, and number needed to diagnose is 27 is absolutely too much. So then we have a Swedish arm of the same trial, and I will explain to you the difference between the Swedish arm and the entire cohort of European randomized clinical study, because here you found all of the sudden we – – to follow-up reduction in mortality by 44% is quite astonishing. And that was also published later on in Lancet in 2010. And the number needed to screen went down to close to 300, less than 300, the number needed to diagnose was 12. So it was astonishing. And why can you find the difference like this when compare the Swedish arm versus the other centers involved in the European randomized trial, I will allude to that a little bit later on. And now we have a fresh paper actually with 18 years of follow-up in the Swedish arm of this randomized population based prostate cancer screening trial.   And of course, the hazard rate should be diagnosed first years, 5.2. And you can see the prostate cancer mortality in the screened arm, close to 1%, but in the control arm 1.5, and you see the hazard ratio and confidence interval, but in the end 35% relative risk reduction. And that is quite amazing actually.

When I’m coming back to this trial and the followup I found it’s been accepted for publication in Cancer, Gerry. And that’s with PCLO. And you can see there’s no real difference between mortality in the organized versus optimistic screening with the 15 years of followup in this PCLO trial. And the reason for that is written clearly in this cancer paper. Gerry, check this now if I’m correct or not, but 90% of the control participant had at least one PSA test before or during the trial. And then 86% of the men in the control arm, and 99% of the men in the intervention arm received any PSA testing during the trial with the 15 years of follow-up. And finally, yearly PSA testing rates were 46% and 84% respectively. So it explains to a certain extent why you fail to really show difference between the screening arm and the control arm.

When it comes to PSA testing in Europe, and especially Sweden, you had—we introduced PSA in the early 90s. It was fairly low. And the national guidelines in my country of Sweden, we didn’t recommend PSA screening whatsoever. And we still don’t. Only 3% we’re actually prescreened in the Swedish arm of this screening trial. And exposure to PSA testing however has increased over time, and of course, if you had starting out in the screening trial ten years later on you would find a totally different picture, probably quite similar to the PLCO trial. 40% of the cancers in the control arm, in the control group, and the Göteborg were diagnosed through opportunistic screening. And an asymptomatic men at 18 years of follow-up.

So coming back to possible reasons why the Swedish arm in the Göteborg trial show a large reduction in prostate cancer mortality. Well, we had younger men to start. We started actually at the age of 56 at baseline, and then in the European other centers, 60. We had a lower PSA threshold for prostate biopsy, 2.5 to 3.0, in the European randomized trial we had mainly 3.0 to 4.0, so it comes down what David told us this morning, but maybe we should even lower that threshold, but I don’t think so. More intense screening, every two years. And the other centers across Europe it was between 4 and 7 years, unfortunately. And also long duration of screening, every 2 years from the age of 50 up to 64, and all the way up to 70. And the medium was 10 years. High biopsy compliance, look at this, 93% of all the – – were complied to undergo biopsies; whereas, in the PLCO trial, correct me if I’m wrong, it was only one-third of the men being screened. Limited contamination and long reported follow-up, now up to 18 years, so it makes a difference. And I’ll come back to that in a minute.

There was also an interesting comparison between the screened population in Göteborg between—and my own center in southern Sweden, Malmo, because we have access to a freezers where we have blood samples stored for more than 40 years in the preventive project, were initiated by my former teacher and professor. So by using all these blood tests from Malmo, we shipped them over to Memorial Sloan Kettering because they’ve been able to recruit four of my best residents, including Hans Lillia, because they have the resources and money. Jim, I’m not accusing you here, and Peters Scarino, because they could do a much better job in your center. We didn’t have that kind of resources. So see, – – is just an example of all these very brainy people.

So looking at this screened group and unscreened group actually it’s very interesting, because there is a major difference when it comes to a ratio of benefits to harm of the PSA screening various with blood levels at the age of 60. So here you can find really a difference between screened populations and those not being screened whatsoever. And we found ourselves when we looked at the medium PSA at the age 60, around 1.0 nanogram per mL, but also for men with a PSA less than 2.0 nanogram per mL that two-third of the population age of 60. Continued screening led to a large increase in prostate cancer incidence, but no decrease in mortality over a 15 years to follow-up. I think that’s a very important statement. So if you have a PSA of less than 2.0 you cannot expect that you can decrease mortality with the 15 years of followup. However, if you have a PSA at the age of 60 above a 2.0 it makes a difference, because then you can find a large reduction in prostate cancer deaths, and also decreased number of patients needed to invite, 23 in numbers needed to diagnose of 6. That was published by Sigrid Carlsson in a British medical journal a couple of years ago.

So now hold your breath, because this is fresh data published we see in European Urology by Sigrid based on the screening trial in Sweden. Starting regular screening at the age 50 and 54 reduced prostate cancer mortality, believe it or not, by more than 70% within 17 years follow-up compared to no screening whatsoever. And the number needed to invite, as you can here, 176, number needed to diagnoses, 16. I would like, of course, to reduce those numbers as well, of course. But look here the difference between the screened and the non-screened population. And for my own country of Sweden, astonishing.

So another screening trial that is going on was initiated recently in Stockholm. That is the Stockholm-3 study, by H. Gronberg and coworkers. You can see they introduced not only with kallikrein, but those two genetic markers and clinical data, volume PSA, so not PSA examination, DRE, et cetera, et cetera. And we are talking about almost 150,000 men and with a PSA 1.0 and above. And 10% of these Stockholm-3 risk of high-grade prostate cancer is equal to sensitivity to PSA 3.0 and above. And you can also see there was a consistent with prior observations like Phi and 4Kscore already mentioned here this morning. Adding kallikrein markers the Stockholm-3 model, that improves predictions of the high-grade prostate cancer over PSA alone. However, there are some un-clarity because it’s unclear whether the genetic score adds predictive value to a protein marker since it was added to the stepwise model before the markers. And secondly, feasibility of DRE and TRUS, of course, volume screening tools it was not really elucidated in the paper. On the other hand, it showed clearly in the first paper published in Lancet Oncology, that you can reduce overdiagnosis by 17% and unnecessary biopsies by one-third. On the other hand, the number of high-grade cancers caught or missed by this model compared to PSA alone was not reported, unfortunately, due paired design, so that’s the drawback of this trial in my opinion.

So this is my last slide, David, a summary and update of the European, especially the Swedish screening data. First of all, with longer follow-up in the trials the effect of regular PSA-based screening on significant—it’s associated with significant reduce of prostate cancer mortality. And it is sustained.

Secondly, the number needed to invite, the number needed to diagnose become favorable with longer follow-up, so that is clearly demonstrated here today. And screening should not start too late in life. We say definitely not later than 55. I would say 50, and some of us in Europe actually, 45. And if you have a family history we have an agreement in my country we should start already at the age of 40. Regular organized screening maybe more beneficial than opportunistic screening in terms of net benefit. And I’ve shown some evidence for that. And finally, screening can be risk verified and based on all the lectures this morning, I think we can do a better job not using PSA alone, and taking into account the man’s age, PSA levels and general health to determine who, when, and how often to screen. So that really the end of my presentation. I really appreciate your attention. Thank you very much. 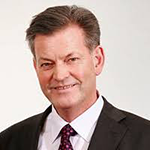 Per-Anders Abrahamsson, MD, PhD, is a Professor of Urologic Oncology and past-Chairman of the Department of Urology at Lund University in Lund, Sweden. He is also Vice President of Global Medical Affairs at Ferring Pharmaceuticals A/S in Copenhagen, Denmark, and was Secretary General of the European Association of Urology (EAU) from 2007-2015. In addition, Professor Abrahamsson is an Adjunct Professor in Urology at the University of Rochester Medical Center in Rochester, New York. 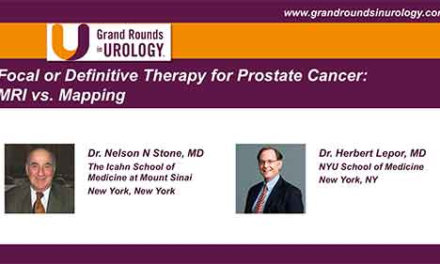 To the Point: Focal or Definitive Therapy for Prostate Cancer: MRI vs. Mapping Part II 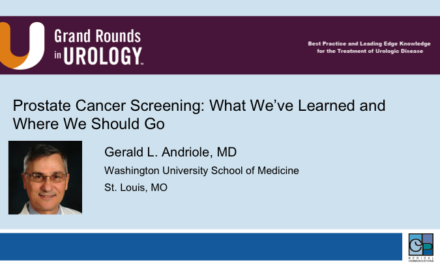 Prostate Cancer Screening: What We’ve Learned and Where We Should Go 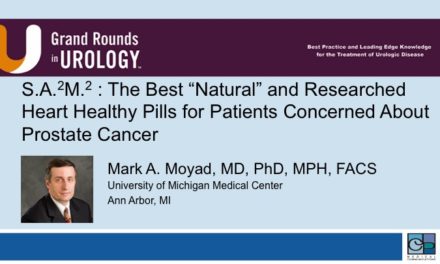