M. Scott Lucia, MD, reviews the historical utilization of the Gleason grading score as an indicator of prostate cancer prognosis and the refinements the system has undergone to improve predictive accuracy. He examines changes to the grading of cribriform carcinoma, as well as an improved 5-tier grade classification system.

The Gleason system relies on the architectural characteristics of the neoplastic glands and their degree of invasiveness to determine grade. The system uses 5 tiers of increasing aggressiveness. As tumors often present more than one grade pattern, the system historically combines the two most prevalent patterns, or doubles the pattern if only one is present, into an overall Gleason score (GS) ranging from 2 (1+1) to 10 (5+5). Experience has shown that the relative amount of patterns 4 and 5 in a tumor affect its aggressiveness.

In two consensus conferences of the International Society of Urologic Pathologists (ISUP), in 2005 and again in 2014, over 80 genitourinary pathologists from around the world met to further refine the grading system. These conferences addressed issues with the Gleason system, such as problems with patterns 1 and 2 largely proving to be benign, improving the separation of patterns 3 and 4, the grading of certain variants of cancer, and reporting issues. Although these changes resulted in a shift towards higher tumor grades, the prognostic power of the Gleason system improved.

In 2014, with accumulating data, the ISUP recognized that cribriform carcinoma represents an aggressive cancer corresponding to Gleason grade 4. 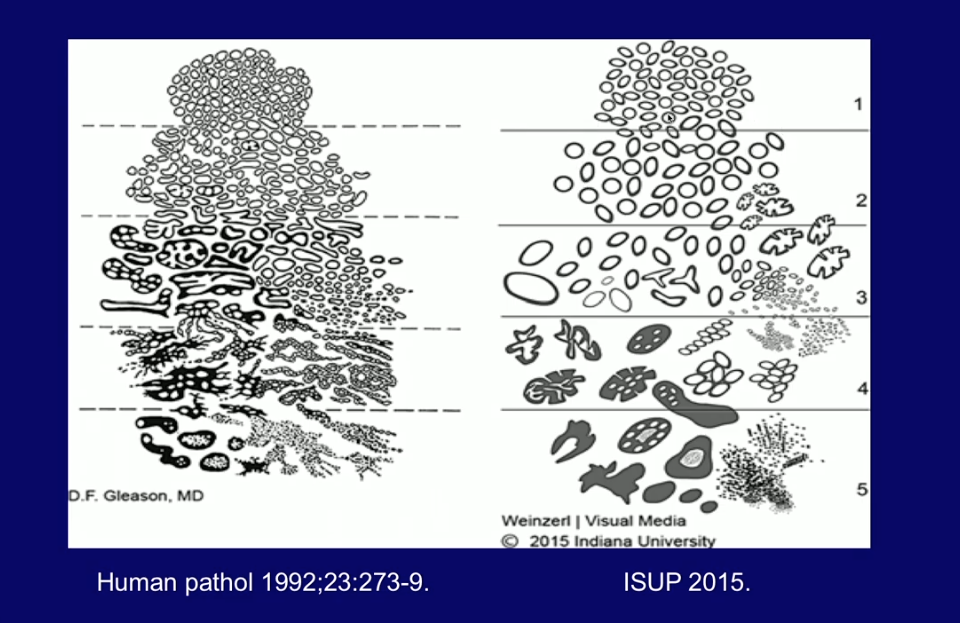 The ISUP also endorsed an improved 5-tier grade classification that groups GS≤6, 3+4, 4+3, 8, and 9-10 into prognostic grade groups I-V, respectively. This new classification eases understanding to aid with patient counseling. When combined with all grading refinements, multiple studies have validated this classification to have excellent prognostic significance.

About the Southwest Prostate Cancer Symposium

The Southwest Prostate Cancer Symposium (SPCS) is a multi-day conference that seeks to educate urologists, radiation oncologists, medical oncologists, and other healthcare professionals involved in the treatment of prostate cancer. The topics focus on current technical aspects of diagnosis and treatment of localized and advanced disease, particularly regarding imaging, technology, and training in the related devices. Dr. Lucia presented this lecture during the 24th SPCS in 2019. In 2020, the 25th SPCS will also offer training sessions involving imaging, scanning, and prostate cancer treatment related devices on site. Please visit this page in order to register for future SPCS meetings. 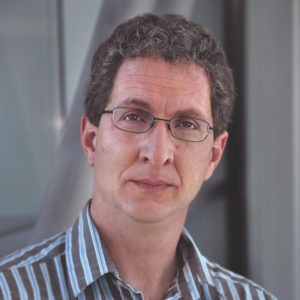 M. Scott Lucia, MD, is Professor and Vice Chair of Anatomic Pathology and Chief of Genitourinary and Renal Pathology at the University of Colorado School of Medicine, where he also serves as the Director of the UCAMC Biorepository Core Facility. Dr. Lucia currently serves as the Pathology Chair for the Genitourinary Subcommittee of the Southwest Oncology Group (SWOG). He has served as the Central Pathologist for a number of SWOG clinical trials in prostate and bladder cancer, including the Prostate Cancer Prevention Trial (PCPT) and Vitamin E and Selenium Chemoprevention Trial (SELECT). He also served as the Principal Pathologist for the Medical Therapy of Prostate Symptoms (MTOPS) trial, sponsored by the NIDDK, and the Reduction with Dutasteride of Clinical Progression Events in Expectant Management of Prostate Cancer (REDEEM), sponsored by GlaxoSmithKline. He directs the operation of several tissue and serum biorepositories for prostate and prostatic diseases, including those for the PCPT, MTOPS, SELECT, and the University of Colorado Cancer Center Prostate Biorepository. He has authored or co-authored over 190 peer-reviewed articles, reviews, editorials, and book chapters. His primary areas of interest include pathology of prostate cancer and hyperplasia, early detection and prevention of prostate cancer, prostate cancer biomarkers, and prostatic inflammation.