Beyond Antibiotics: Introducing Vaccine-Based Approaches to Recurrent UTIs in Women

J. Curtis Nickel, MD, FRCSC, the Canada Research Chair in Urologic Pain and Inflammation and Professor of Urology at Queen’s University in Kingston, Ontario, gives an overview of current and prospective treatment for recurrent urinary tract infections (UTIs), focusing on alternatives to antibiotics.

He begins by summarizing the history of antibiotics for UTIs, noting that new antibiotics were discovered very quickly from the 1940s through the 1970s and that doctors believed at the time that infectious diseases would soon be a problem of the past. However, antibiotic-resistant microbes are now so prevalent that Dr. Nickel suggests that humanity is entering the “post-antibiotic era.” He then considers the available non-antibiotic treatments for recurrent UTI prevention in pre- and postmenopausal women. For premenopausal women, traditionally-recommended alternative prophylactic treatments include changes in hygiene practices, pre- and post-coital voiding, and avoidance of hot tubs, tampon use, and douching, but guidelines say that case-control studies demonstrate that these suggestions do not significantly impact recurrent UTI risk and can reinforce shame and self-blame.

Dr. Nickel lists several alternative therapies with varying levels of evidence for this cohort, including increased water intake, cranberry extract, probiotics such as D-mannose, and methenamine hippurate. Dr. Nickel also recommends probiotics, D-mannose, and cranberry for postmenopausal women, though he also notes that the evidence-based approach for this cohort is vaginal estrogen therapy. According to Dr. Nickel, the future of recurrent UTI prevention for both cohorts is a vaccine. In the final part of his presentation, Dr. Nickel looks at treatment options for symptomatic UTI. Guidelines suggest antibiotics in these cases, but evidence indicates that UTI is typically self-limited and rarely progresses to more severe disease, and that there is little benefit to antibiotics for UTI beyond modestly faster symptomatic improvement. Dr. Nickel suggests treating symptomatic UTI with phenazopyridine, NSAIDS, urine alkalization, methenamine hippurate, and even herbal and dietary therapies. After summarizing his key points, Dr. Nickel goes into greater depth regarding vaccines for UTI prevention in a conversation with E. David Crawford, MD. 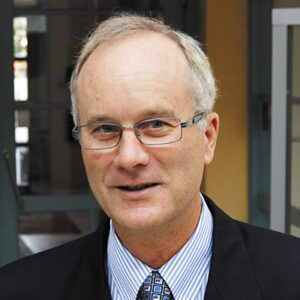