Steven K. Wilson, MD, FACS, FRCS, presented “5 Surgical Things I Wish I Had Learned Earlier in My Career” during the 24th Annual Innovations in Urologic Practice on September 14, 2019 in Santa Fe, New Mexico.

How to cite: Wilson, Steven K. “5 Surgical Things I Wish I Had Learned Earlier in My Career” September 14, 2019. Accessed Jun 2020. https://grandroundsinurology.com/5-surgical-things-i-wish-i-had-learned-earlier-in-my-career/

5 Surgical Things I Wish I Had Learned Earlier in My Career
– Summary:

Steven K. Wilson, MD, FACS, FRCS, discusses five major lessons he has learned, and would have liked to have learned earlier, in his decades working as a urologic surgeon. He notes the progress that has been made in surgical techniques and emphasizes the importance of careful patient selection.

This presentation outlines the changes in the field of urologic surgery Dr. Wilson has both witnessed and enacted over his tenure, which began in the early 1970s, by focusing on five lessons related to inflatable penile prosthesis (IPP) that he wishes he had learned earlier in his career.

The first of these lessons is that the technique of initial straightening is better than modeling the penis over an IPP when managing Peyronie’s disease. Dr. Wilson presented modeling to the American Urological Association (AUA) in 1994, and by 2001, modeling had become the gold standard. Unfortunately, modeling does not result in a straight penis in flaccidity, and this method carries a chance of urethral injury. Numerous researchers have since reported on methods of penile plication and initial straightening.

The dual implant of an artificial urinary sphincter and IPP via one incision is another innovation of Dr. Wilson’s that he now rejects. He has found that often, when complications arise in one component of a dual implant, both implants must be removed. He now prefers a staged double implant. 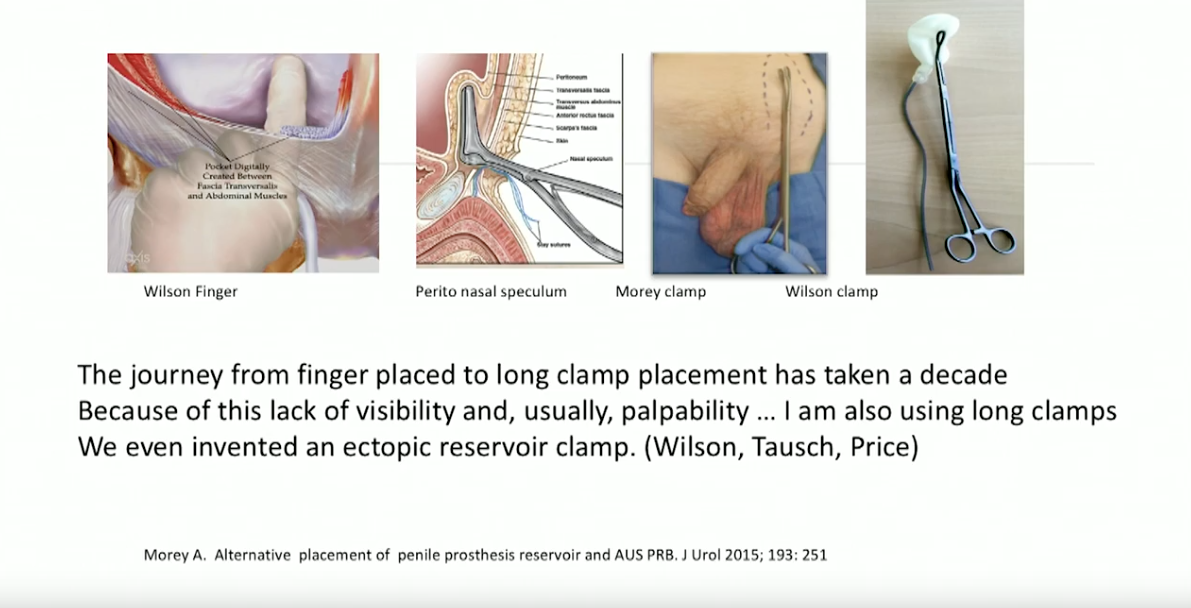 However, Dr. Wilson believes his discovery of ectopic reservoir placement. Not only does this avoid the significant risks associated with retroperitoneal reservoir placement, but surgeons who take on a low-volume of penile cases can be more confident utilizing this safer placement method.

Dr. Wilson’s last two lessons relate to general experiences with patience rather than surgical technique. With the exception of certain cases, such as device infections and urine, pus, or blood drainage from open incisions, there is no need to rush a revision to surgery. Waiting three months allows time for a capsule to form and for patients to develop tolerance for imperfect results. Finally, it is essential to counsel patients and ensure they do not expect perfection in the first place. Along with this, it is important to practice careful patient selection when offering IPP.

Innovations in Urologic Practice (Innovations) is an annual, multi-day, CME-accredited conference devoted to innovative diagnostic and treatment strategies for and controversies related to some of the most common urologic problems in the current era. The topics covered include oncological management of the bladder, kidney, and prostate. The conference also emphasizes general urology topics in pelvic reconstruction and trauma, men’s health, and infections in the urology patient. Dr. Wilson presented this lecture during the 24th Innovations in 2019. Please visit this page in order to register for future Innovations meetings. 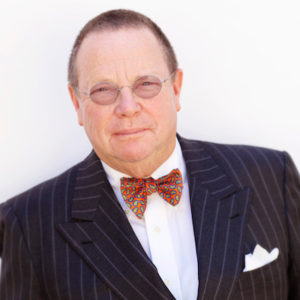 Steven K. Wilson, MD, FACS, FRCS, was formerly Professor of Urology at the University of Arkansas for Medical Sciences in Little Rock, Arkansas. The Steven K. Wilson Chair of Prosthetic Urology was endowed at this University in 2007. Through 46 years of practice and over 11,000 implants, he has performed urologic surgery in 53 countries and been a visiting professor at several American training programs and; numerous foreign centers. He is the author or co-author of 226 peer-reviewed publications, editorials, invited commentaries and abstracts, as well as 19 textbook chapters, countless surgical videos, and 5 prosthetic urology textbooks. He is the 2010 recipient of the St Paul’s Medal of the British Association of Urologic Surgeons, which is given yearly to a single urologist outside of the United Kingdom that has contributed significantly to world urology. In 2013, the F. Brantley Scott Award of Excellence was designated to Wilson. In 2017, he received the inaugural “Living Legend Award” of the Society of Urologic Prosthetic Surgeons. He has also been awarded lifetime achievement awards by the Alpha Omega Alpha Medical Honor Society, the AR Urologic Society, the Southeastern Section of the AUA, and the North Rhein-Westfalia Section of the German Urologic Society. He founded and remains Editor-In-Chief of the successful International Society of Sexual Medicine’s Video Journal of Prosthetic Urology. Wilson is most recognized for his innovation of new surgical techniques, which have made the complex implantation of penile implants and sphincters minimally invasive. His notable literature contributions include strategies for infection and biofilm in penile prosthetics, the modeling procedure for Peyronie’s Disease, the single scrotal incision implantation of urinary sphincters, and the implantation of both IPP and AUS through a single scrotal incision and the ectopic placement of implant reservoirs. His current practice in La Quinta, California is limited to prosthetic urology, and he continues to travel and teach others his techniques.