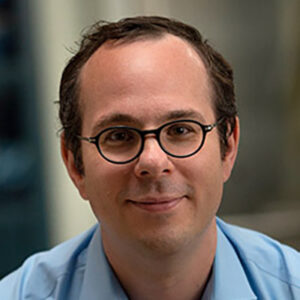 Paul C. Boutros, MD, PhD, is a Professor of Human Genetics and Urology at the University of California, Los Angeles. Through UCLA Health, he also runs the Dr. Paul Boutros Lab on Cancer Data Sciences. He earned a BSc degree in Chemistry from the University of Waterloo in Ontario before pursuing a PhD in Medical Biophysics at the Ontario Cancer Institute of the University of Toronto. He also earned his MBA from the Rothman School of Management of the University of Toronto. After receiving his PhD, Dr. Boutros pursued an independent research career as a Fellow and then as a Principal Investigator at the Ontario Institute for Cancer Research. He also served as an Assistant Professor in the Departments of Pharmacology & Toxicology and Medical Biophysics at the University of Toronto. He relocated to UCLA in 2018. Dr. Boutros’ research focuses on personalizing therapy for cancer by developing novel statistical methodologies. His Cancer Data Sciences Lab uses computational techniques to analyze large data sets to create diagnostics to personalize cancer therapy. He largely focuses on prostate cancer, but his lab is increasingly applying the same computational techniques to other cancers, including kidney and bladder cancers. Dr. Boutros has received numerous awards and accolades. He is the recipient of the Terry Fox New Investigator Award, a University of Waterloo Young Alumni Award, the Early Career Graduate Student Teaching Award, and the Dorval Prize of the Canadian Cancer Society. He has also been recognized as a Prostate Cancer Canada Rising Star in Prostate Cancer Research.

Paul C. Boutros, PhD, MBA, Professor of Human Genetics and Urology at the University of California, Los Angeles, explains the relationship between the germline and cancer evolution, as well as the implications this relationship has for screening and care. Dr. Boutros begins by explaining why it makes sense to study the germline, noting that while cancer is a disease of somatic mutations, there are already many known germline risk factors and evidence suggests that 20% of prostate cancer biopsies could be avoided if patients received a polygenic risk score. Dr. Boutros then looks at the results of a study from his lab at UCLA which show that the germline drives somatic epigenomics and that some single nucleotide polymorphisms (SNPs) are prognostic. Another yet-to-be-published study by the same team suggests that the germline also drives somatic mutations, with multiple quantitative trait loci (QTLs) predicting somatic driver mutations. This means that mutations that occur early in tumor evolution and can increase the likelihood of aggressive cancer are more likely to occur in certain people based on genomic factors. This also appears to be the case with multiple cancer types. Dr. Boutros concludes by noting possible future directions for research in this area, including multi-ancestric studies and studies into germline influences on the transcriptome and proteome. He also observes that it is not yet clear how this research should be integrated with diagnostic and prognostic tests nor how it could influence decision-making.