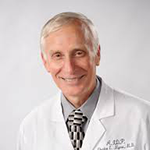 AIDP Director Charlottesville, VA Medical oncologist and prostate cancer survivor, Dr Charles "Snuffy" Myers was a key player in creating AZT, Suranim, and Phenylacetate while working at the National Institute of Health. With over 250 research papers published, Myers is one of the leading developers of today's prostate cancer canon on both the research and treatment side of the test tube. Former Cancer Director at the University of Virginia, Myers opened the American Institute for Diseases of the Prostate in 2002 to provide men with the kind of comprehensive care that saved his own life. Dr. Myers graduated near the top of his class from the University of Pennsylvania School of Medicine in 1969. While at Penn, he worked in the laboratory of Peter Nowell, the scientist who discovered the genetic basis (the Philadelphia Chromosome) for one of the common forms of leukemia. He also completed his internship and part of a residency in internal medicine at the Hospital of the University of Pennsylvania between 1969 and 1971. In 1971 he began training in medical oncology at the National Cancer Institute with Vincent DeVita. During the three years Myers trained there, DaVita demonstrated that chemotherapy cures other types of lymphoma. Additionally, modern chemotherapy was developed for ovarian and breast cancer at NIH during that time. At the end of his fellowship, the first board certification examinations in Medical Oncology were given, signaling the birth of this specialty. Dr. Myers decided to focus his research on the process of cancer drug discovery and development. He was particularly interested in using a process called Clinical Pharmacology to devise ways to make cancer drugs safer and more effective. In 1974, Myers joined the staff of the newly formed Clinical Pharmacology Branch at NCI. By 1984, he had become Chief of the Clinical Pharmacology Branch and remained in that position for ten years. During his years there, he made a number of contributions to cancer research. In the late 1970s, Myers became increasingly interested in ovarian cancer. He established the science and technology needed for effectively administering cancer drugs to the peritoneal cavity. This work provided the basis for this area of research and spawned an entire field of clinical investigation. Dr. Myers demonstrated that the toxicity caused by the cancer drug Doxorubicin resulted from oxidative damage to the heart muscle. His work led to the discovery of an antidote, Desreoxain that is now FDA- approved for the prevention of Doxorubicin-induced heart damage. In the early 1980s, with the arrival of HIV, Dr. Sam Broder decided to mount an effort to discover drugs that kill or arrest the spread of the virus. He recruited Myers as the lead pharmacologist. In quick succession, the team identified two drugs that slow or arrest the growth of HIV – suramin and AZT. During the HIV clinical trials, Dr. Myers became well acquainted with suramin and its interesting properties as an anticancer agent. Suramin was shown to block PDGF and cause simian sarcoma virus infected cells to return to normal behavior. Dr. Myers was aware that suramin also blocked the fibroblast growth factor or FGF. When it was reported that FGF overproduction was characteristic of prostate cancer, Myers decided to investigate whether suramin was active against prostate cancer. Myers went on to document that about one third of men with hormone-resistant prostate cancer respond to suramin. Encouraged by the results obtained with suramin, Myers initiated a discovery program for drugs effective against prostate cancer. This group, formed at NCI, continues to discover a number of additional drugs with promise in the treatment of prostate and other cancers. These drugs include phenylacetate, phenylbutyrate and geldanamycin. In 1994, Myers accepted a position as Director of the Cancer Center at the University of Virginia. At that time, the Cancer Center was a Basic Science Center. In the five years after his arrival, the Center doubled its funding from NCI and is now an approved Clinical Center. During this same time, UVA became one of the leading centers for prostate cancer research. Myers’s major activities revolved around prostate cancer treatment and research. His research group demonstrated that the fatty acid, arachidonic, common in meat, dairy products, and egg yolks, promotes the survival and growth of human prostate cancer cells. They showed that arachidonic acid is converted to a hormone, 5-HETE, which appears to foster the spread of prostate cancer. Dr. Myers has long been popular among prostate cancer patients as a speaker because of his ability to explain science and medicine in easy-to-understand language. For some years his other responsibilities limited the number of speaking engagements he could accept. In an attempt to address this problem, Myers and his wife, Rose, started a newsletter called Prostate Forum in the summer of 1996. Dr. Myers left the University of Virginia on Feb. 15, 2002 to establish the American Institute for Diseases of the Prostate in Charlottesville, VA. The Institute focuses on providing comprehensive management of prostate cancer. Dr. Myers tailors treatment according to the needs of each patient, based on his knowledge of the disease and his own experience as a patient.

Path to Durable Complete Remission in Prostate Cancer: What Do We Know and What Do We Need to Learn?