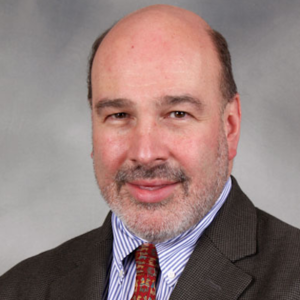 David M. Albala, MD, graduated with a geology degree from Lafayette College in Easton, Pennsylvania. He completed his medical school training at Michigan State University and completed his surgical residency at the Dartmouth-Hitchcock Medical Center. Following this, Dr. Albala was an endourology fellow at Washington University Medical Center under the direction of Ralph V. Clayman. He practiced at Loyola University Medical Center in Chicago rose from Instructor to full Professor in Urology and Radiology in eight years. After 10 years, he became a tenured Professor at Duke University Medical Center in North Carolina, where he was Co-Director of the Endourology fellowship and Director for the Center of Minimally Invasive and Robotic Urological Surgery. He has over 180 publications in peer-reviewed journals and has authored three textbooks in endourology and two in general urology. He is the Editor-in-Chief of the Journal of Robotic Surgery. Currently, Dr. Albala is Chief of Urology at Crouse Hospital in Syracuse, New York. He is considered a national and international authority in laparoscopic and robotic urological surgery and has been an active teacher in this area for over 20 years. His research and clinical interests include robotic urological surgery, minimally invasive treatment of benign prostatic hypertrophy (BPH), and the use of fibrin sealants in surgery. He has been a Visiting Professor at numerous institutions across the United States and overseas in countries such as India, Germany, Brazil, Australia, and Singapore. He has given operative demonstrations in over 32 countries and 23 states. Dr. Albala is a past White House Fellow who acted as a special assistant to Federico Pena, Secretary of Transportation, on classified and unclassified public health related issues.

David M. Albala, MD, emphasizes the need for improved prostate cancer diagnostics to allow for better risk-stratification and guidance of personalized treatment. He then reviews findings from an analytical validation study of live-primary cell phenotypic biomarker-based diagnostic assay with the potential to address this need