ED After Radiation For Prostate Cancer

This interview, “ED After Radiation For Prostate Cancer,” is provided by Grand Rounds in Urology’s content partner, Prostatepedia. 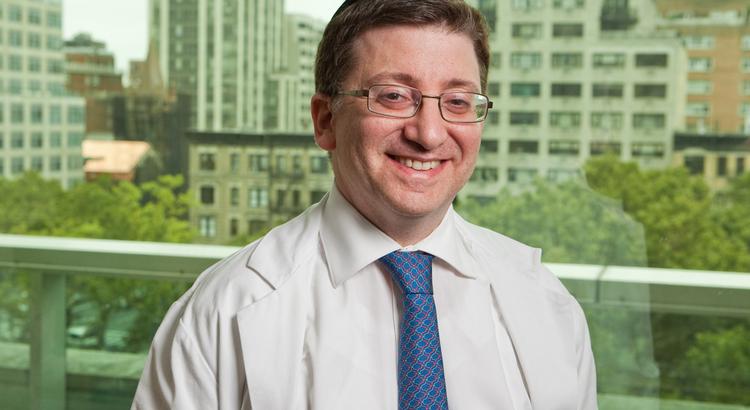 Prostatepdia recently spoke with him about erectile dysfunction after radiation therapy.

Learn more about Prostatepedia and how to become a member.

How common is erectile dysfunction after radiation for prostate cancer?

Dr. Micael Zelefsky: Firstly it’s important to point out that erectile dysfunction represents only one of the many aspects of sexual function that needs to be considered after treatment. Certainly, an important component is the ability to have a sufficient enough erection for penetration. There are other aspects of sexual function that are important to consider. These include the sensation of orgasm, associated pleasure, and the experience of the sexual intercourse, the libido, and as well as other aspects.

When we have a conversation with patients regarding sexual function after radiation, we in general speak not only about the likelihood of maintaining an erection but also about whether there is any associated ejaculatory dysfunction, orgasmic dysfunction, and, while not affected necessarily from radiation, changes in libido. Changes in libido could be related to hormonal therapy, which is often given together with radiation, especially for higher risk patients.

Meaning you need to discuss these considerations before a man has radiation?

Dr. Zelefsky: Correct. People who have significant issues or have functional erections in a borderline fashion prior to radiation are more likely to lose erections after radiation. People who have a better baseline status are clearly much better off after treatment and have a greater likelihood of preserving their erectile function. The age of the patient, as has been shown by the Massachusetts Aging Study and other studies, plays a very important role as well. Older patients generally may have a greater likelihood of losing erectile function compared to younger patients.

And, as you pointed out, many times men are receiving hormonal therapy at the same time.

Dr. Zelefsky: Yes. And with hormonal therapy itself, the addition of hormonal therapy could increase the risks of ED in this patient population. I think it’s interesting to mention the ProtecT trial, which was a randomized trial from the UK published inThe New England Journal of Medicinethat compared active surveillance to brachytherapy compared to external beam radiation therapy. The ten-year data that was published looking at toxicity outcomes specifically noted that among the radiation patients, and in particular among the brachytherapy patients, there was less sexual dysfunction compared to the other groups. We noticed that as well in our own prospective Quality of Life Study where we obtained information from patients sequentially after their radiation treatments. We noted that there was potentially less impact on sexual function among the patients who got radiation, and in particular brachytherapy, within all of the treatment groups.

The take-home message here is that ED does happen after radiation, probably in a range of 25 to 50%. That range is large because it depends heavily on baseline function, age, comorbidities, smoking history, and the concurrent medications that patients may be taking.

A direct comparison of ED after surgery versus after radiation is generally uncommon. It has been made, as I just mentioned, based on the ProtecT trial. In that trial where they made such comparisons, they reported less dysfunction among the non-surgical patients compared to surgery.

Is ED after radiation treated differently than ED after surgery?

The cause of erectile dysfunction after radiation could be related to other things as well, but if it is a blood vessel phenomenon, it makes a good deal of sense why people have responded well to medications like sildenafil, which has about a 70% response rate in such patients. We generally treat our patients with such medications, but there have been a couple of studies that have been explored. It’s certainly been done in the surgical population. We’ve done it as a randomized trial in the radiation population where we randomized patients to getting sildenafil or a placebo as prophylactic therapy before, during, and after radiation. We published some very interesting findings: patients who did end up receiving the sildenafil as a prophylaxis to promote blood flow in the penile complex more often had better preservation of their erections longer term. Overall, those patients felt their erectile function was much better than the group who ended up getting the placebo. This is an approach or a strategy used in surgery patients, which is known as penile rehabilitation.

We routinely utilize that approach in our patients, especially in those who have good baseline function by recommending to them to take medications like sildenafil daily at a low dose before, during, and after their treatment.

How long before radiation do you start the medication?

Dr. Zelefsky: About a week or so before and obviously during the treatment and then ideally for six to twelve months after the course of their treatment. That really covers the effectiveness of treatments. There are other, obviously, approaches besides medication. These include penile injections, vacuum pump, or surgery to promote erections as well by having an artificial device that’s inserted to achieve an erection.

Can you talk a bit about ED among men who have had salvage radiation?

Dr. Zelefsky: These are patients who have radiation after having had surgery. Even if they still have erections, more frequently than not, their erections are not exactly the way they used to be, although they could still be functional. Additional radiation may increase further their chances or risk of losing erections. About 40 to 50% of patients have ED after salvage radiation. Nowadays, more often than not, salvage radiation after surgery incorporates a six-month course of hormonal therapy. Sildenafil or similar medications may be somewhat less effective among people who had surgery and radiation following this, especially after a patient has had a significant surgery like a prostatectomy with radiation and hormonal therapy to follow. This means a lot of treatments have been placed on the general nerve bundle and vasculature and the risks of ED could certainly be higher in that population.

What is my final advice for patients who are going into radiation for prostate cancer and are worried about ED? In general, if patients have good baseline function before the radiation, I think they have good odds of keeping that function afterwards. They should consider the use of daily sildenafil before, during, and after their treatments and try to continue it at a low dose after their treatments for perhaps six to twelve months. They may use higher doses of the medication when they want to be sexually active.

Those who are entering into a course of radiation need to know, as we discussed before, that there are other aspects of sexual dysfunction patients need to be aware about. These other aspects include a lack of ejaculation in 80 to 90% of patients, although interestingly in most patients, the sensation of orgasm is generally preserved. Patients should also understand the impact of hormonal therapy and the decrease on the libido. It can take a good six or twelve months after cessation of hormonal therapy for testosterone to normalize again. Awareness and appropriate expectations are important.

Finally, for those people who have had radiation and are struggling with ED, there are very good approaches out there. I encourage patients to see a urologist with special expertise in sexual function to work out the various possibilities, such as penile injections and other approaches, which I think could be valuable and potentially effective.

Not a member? Join Prostatepedia to read the rest of this month’s conversations about erectile dysfunction after treatment.