Jeffrey A. Cadeddu, MD, Ralph C. Smith, MD, Distinguished Chair in Minimally Invasive Urologic Surgery, Director of The University of Texas (UT) Southwestern Clinical Center for Minimally Invasive Treatment of Urologic Cancer, and Professor of Urology and Radiology at UT Southwestern Medical Center in Dallas, Texas, discusses optimal outcomes in kidney tumor ablation. He begins his talk by defining and differentiating cryoablation and radiofrequency ablation (RFA) and explains the clinical interpretation of complete treatment (or “success”), emphasizing the zone of non-enhancement should extend 5+mm beyond the border of the mass pre-ablation. Dr. Cadeddu shares accepted indications for tumor ablation, including that all patients with small renal masses (SRM) <3 cm are candidates for tumor ablation and patients with >3cm and are poor candidates for surgery (based on age and comorbidities). Dr. Cadeddu cites data from the 2017 American Urological Association (AUA) guidelines on oncological efficacy. He explains that over-precision in the tumor ablation can result in local recurrence but that this is a technical error that can be overcome and that when there is local recurrence, ablation may be repeated with few adverse effects. Dr. Cadeddu cites a study on the comparative effectiveness of nephron-sparing surgery (NSS) vs. ablation for SRM, and highlights data on disease-specific survival (DSS) that show the predicted probability of DSS at five years was 98.3 percent for NSS and 96.6 percent with ablation. He then addresses renal functional outcomes, citing data that show an advantage of ablation over NSS. In terms of cost, Dr. Cadeddu points out that ablations are approximately half the cost of surgery. He then revisits the importance of tumor selection for ablation and emphasizes that size matters, with a difference in RFA efficacy between SRM <2.5 cm (whereby a single ablation is 99 percent effective) and tumors of >3 cm (whereby a single ablation is 73 percent effective). Citing several studies, Dr. Cadeddu emphasizes a large difference in ablation success for patients with tumors <3 cm vs. >3 cm. He then cites data on ten-year outcomes of renal tumor RFA. Dr. Cadeddu points out that renal cell carcinoma (RCC) subtype influences ablation success, with patients having clear cell RCC (ccRCC) (because it is a hypervascular tumor) being more prone to recurrence than patients with papillary RCC. He addresses the question of whether cryoablation or RFA is more effective, confirming that data has shown they are equally effective and have similar outcomes. Dr. Cadeddu concludes with a review: ablation now has reliable and reproducible 5+ year data available; ablation is nephron-preserving and minimizes chronic kidney disease progression; it is less expensive than conventional surgery; it reduces risk of metastatic potential associated with AS; and tumor size (SRM <3 cm) and histologic subtype are important considerations in treatment decision-making.

The Ralph E. Hopkins Urology Seminar is a multi-day meeting focused on training urologists in the latest in assessing, diagnosing, and treating urologic conditions in the clinical setting. Updates are provided on urologic cancers, stone disease, urologic reconstruction, female urology, infertility, emerging surgical techniques, and general urology. Dr. Stoffel presented this lecture during the 41st iteration of the meeting on February 3rd, 2022 in Jackson Hole, Wyoming.

For further educational activities from this conference, visit our collection page. 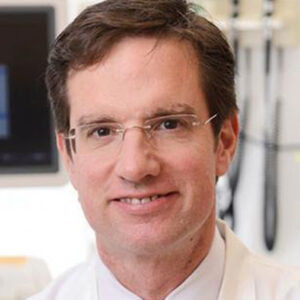 Dr. Jeffrey A. Cadeddu, MD, is the Ralph C. Smith, MD, Distinguished Chair in Minimally Invasive Urologic Surgery at the University of Texas (UT) Southwestern Medical Center and serves as Director of the UT Southwestern Clinical Center for Minimally Invasive Treatment of Urologic Cancer in Dallas, Texas. He also holds a dual appointment as Professor of Urology and Radiology at UT Southwestern Medical Center. He joined the UT Southwestern Medical Center in 1999 after earning his Doctor of Medicine from Johns Hopkins University School of Medicine in Baltimore, Maryland, where he also completed his urology and surgery residencies. His affiliations include membership in the American Urological Association, the Endourological Society, and the Society for Urologic Oncology. He currently serves as Associate Editor on behalf of the Journal of Endourology, and serves as a Survey Section Editor for the Journal of Urology.