High-intensity focused ultrasound, or HIFU, is an innovative, non-invasive treatment for a wide range of tumors and diseases and has been used for prostate cancer for over 20 years. HIFU uses an ultrasound transducer, similar to the ones used for diagnostic imaging, but with much higher energy. It is also known as MRgFUS (MRI-guided focused ultrasound) and FUS (focused ultrasound surgery). The transducer focuses sound waves to generate heat at a single point within the body and destroy the target tissue. The tissue can get as hot as 150 °F in just a few seconds. This process is repeated as many times as is necessary until the target tissue is destroyed. MRI images are used to plan the treatment and monitor the degree of heating in real time.

Ultrasound can penetrate deep into tissues and interact with human tissue via thermal and mechanical mechanisms. The ability to focus an ultrasound beam and its energy onto millimeter-sized targets was a significant milestone in the development of therapeutic applications of focused ultrasound. Focused ultrasound can be used as a non-invasive thermal ablation technique for tumor treatment and is being developed as an alternative to standard oncologic therapies. High-intensity focused ultrasound has now been used for clinical treatment of a variety of solid malignant tumors, including those in the pancreas, liver, kidney, bone, prostate, and breast, as well as uterine fibroids and soft-tissue sarcomas. Magnetic resonance imaging and ultrasound imaging can be combined with high-intensity focused ultrasound to provide real-time imaging during ablation. Magnetic resonance-guided focused ultrasound represents a novel non-invasive method of treatment that may play an important role as an alternative to open neurosurgical procedures for treatment of a number of brain disorders.

This Learning Center will offer expert-led discussions, presentations, and opinions on the underlying principles of HIFU, and present current prostate cancer applications, outcomes, and complications after treatment. Recent applications of focused ultrasound for tumor treatment, drug delivery, vessel occlusion, histotripsy, movement disorders, and vascular, oncologic, and psychiatric applications will be reviewed, along with clinical challenges and potential future clinical applications of HIFU. 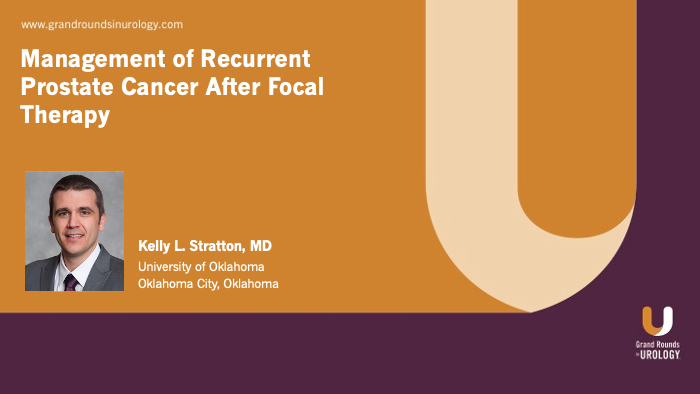 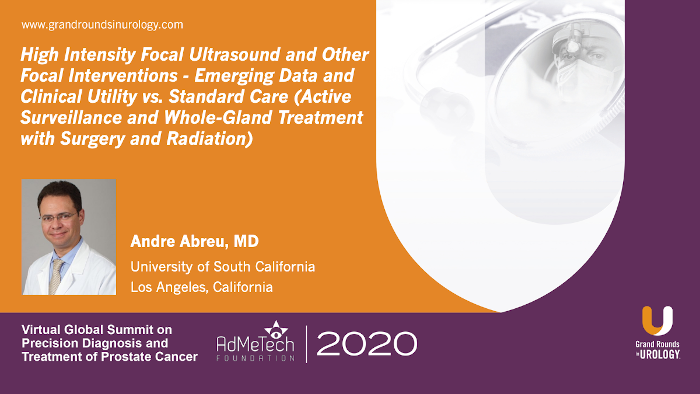 Andre Abreu, MD, qualifies data about the use of HIFU focal therapy to treat prostate cancer that led to FDA approval for PCa ablation. 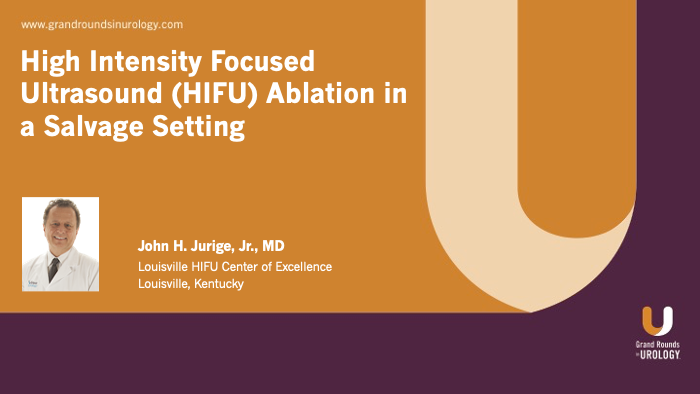 Mark Emberton, MD, FRCS, summarizes the design and findings of a 15-year multi-institute study of HIFU in patients with nonmetastatic PCa.

Mark N. Painter, CPMA, details changes to Medicare bill coding in 2021, covering HIFU and how the procedure is reimbursed.

Vahan Kassabian, MD, presents an ongoing case study to show why focal HIFU may be better for some prostate cancer patients.