The History of Intermittent Therapy

Dr. Arturo Mendoza-Valdes spoke at the 25th International Prostate Cancer Update on Friday, January 23, 2015 on “The History of Intermittent Therapy.”

The History of Intermittent Therapy

We all know all the advantages of androgenic deprivation, apoptosis induction; 80% symptomatic and objective response; most patients have a PSA decrease; but we all know there’s always progression; and although it’s controversial for the recent improved survival, there are a few cases especially with low burden that really improve their survival.

Nevertheless, nothing in life is for free and there are many disadvantages. There’s 50% recurrence in two years; there are main side effects; the cost; and after all we don’t know whether it really improves survival.

There are also some side effects due to the antiandrogens such as hot flashes, diarrhea, nausea and vomiting, nipple pain, gynecomastia.

The rationale for this is LD androgenic ablation superior to the late therapy androgenic deprivation is not curative, it’s palliative, and we have to think about quality of life is the main objective in these patients.

If tumor cells surviving androgen withdrawal are forced into a normal pathway of differentiation by androgen replacement, then apoptotic potential might be restored and progression to androgen independence delayed. Now as we know there are many other mechanisms that were known when androgenic intermittent therapy was started.

And finally there are several advantages of intermittency which is having the same benefits of androgenic deprivation, less side effects, increases androgenic dependence–that was in theory–and definitely less cost.

The clinical experience was started by Laurence Klotz in 1986, and no wonder he was awarded the Queen’s Jubilee Medal for meritorious public service in 2013 at the University of Toronto Lister Prize and the SUO Medal last year. But besides that he also directs a rock band that he founded and it’s called The Void.

Here is the first publication of Laurence precisely with 19 patients during 30 months and 12 out of 19 recurred at 8 months and all of them responded when treatment was restarted. Sexual potency 9 out of 10, although all of them had a better quality of life.

After that there have been lots of new studies all over the world regarding this approach. Here you can see the problem is that there are a great variety of patients that were included in all these works, and the follow-up is also very valuable. But there is something very clear that most patients in most studies are off therapy almost half of the time which if you think about the cost and about quality of life, that’s very important.

In the initial clinical experience there’s no doubt about the sexual potency recovered although we know that there is about 20% of the patients who never recover it, especially those with more advanced age, it’s less likely that they will recover potency. There’s no doubt there a decreased cost, and there are less side effects, and that altogether turns into a better quality of life.

But nevertheless, there are many challenges and drawbacks of this therapy. For example, there is no doubt about the improvement of quality of life and is less.

Here we can see that just as you can see in all these reports there’s no consensus but who are the right candidates. Here you can see there are a lot of different criteria for including patients for intermittency. What the European clinical guidelines said last year was that the best candidates for intermittent have still not been completely defined, but are probably patients with locally advanced or relapsing disease.

What do the European guidelines say? Well, either a clinical progression or a PSA value above a predetermined, empirically fixed threshold. Most of the studies restart when PSA gets up to 4 to 10 ng/ml in non-metastatic situations or 10 to 15 ng/ml in metastatic patients. There’s no consensus which is the best.

Once again, just as there is a great heterogeneous answer in the audience, that’s the same thing that happens in all the studies that you can see.

So what the European Clinical Guidelines say is between six and nine months, so we are at the end of the same point.

But here, you can see there is also a wide variety. And what the European Clinical Guidelines say is, only drugs leading to castration. The interesting thing is we do not know what will happen if we include in these androgenic intermittency abiraterone, orteronel, enzalutamide, antagonists, and others. That’s something very interesting that we will find in the future.

But the most important questions that have never been answered are does this approach improve survival? Retract progression? Or does it delay hormone?

In this review published by Abrahamson in 2010, what he sustains is that even though there is no improvement of survival with this approach, he thinks that the advantage of quality of life overcomes the slight difference in survival, which in this study published by Hussain in New England Journal of Medicine 2013 which was previously presented at ASCO two years ago, in this great study they showed non-inferiority of intermittent androgenic deprivation therapy compared to continuous with respect to survival among patients with hormone sensitive prostate cancer was statistically inconclusive. However, nearly the entire confidence interval favors continuous androgenic deprivation. Intermittent androgenic deprivation may compromise survival, and this is something, this is the first time that in a big study like this one they showed this. The numbers of grade 3 or 4 adverse events were remarkably similar in the two groups, 30.4% in the intermittent and 32.7% in the continuous therapy group.

But that same year, another literature review presented by, published by Niraula and in six of the nine studies reported on quality of life results with well validated questionnaires, patients on intermittent had better scores on some domains of quality of life and less treatment-related adverse events such as sexual dysfunction, hot flashes, and impaired physical function, but there was significant superiority of overall quality of life for men receiving intermittent therapy in only one study. Regarding that cost, obviously there is a substantial cost saving with the use of intermittent. It’s almost half the price of continuous, and there is fair evidence to recommend the substitution of continuous androgenic deprivation by intermittent to treat men with relapsing locally advanced or metastatic prostate cancer because there is a similar survival using less therapy; substantial decrease in exposure to androgen deprivation resulting in less cost, inconvenience and potential toxicity; premature to recommended intermittent androgenic deprivation for men with severe symptoms, or visceral metastases. This means that people with a high burden of disease probably is not the right patient to use intermittent. But in this review, they conclude that intermittent is a good therapy.

Intermittent androgen deprivation has not been shown to be associated with prolonged hormone-sensitive status or overall survival increase.

What’s in the future? In the future, we have to answer the unanswered questions such as to define who are the ideal candidates, the length of initial treatment. We have to uniform criteria to improve survival, time to recurrence and quality of life. We have to find out and observe the effect of bone loss. Which is the best drug for combination?

But it’s another option for advanced prostate cancer, improves quality of life, fewer side effects, enables patients to perform sexual life, less cost, and the challenge is to solve all the questions that I have been addressing.

It is not a standard, but a good option in many cases to define who are the optimal candidates. There is still a lot more to improve and to investigate. 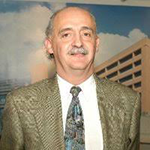 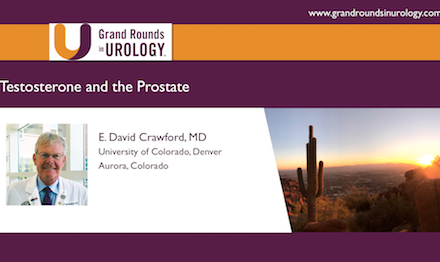 Testosterone and the Prostate 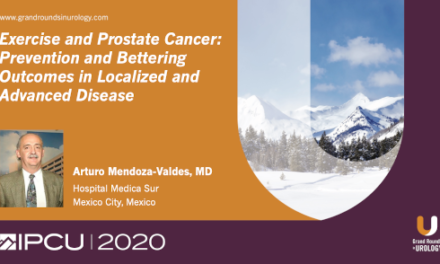 Exercise and Prostate Cancer: Prevention and Bettering Outcomes in Localized and Advanced Disease 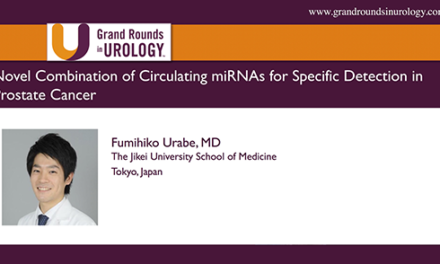 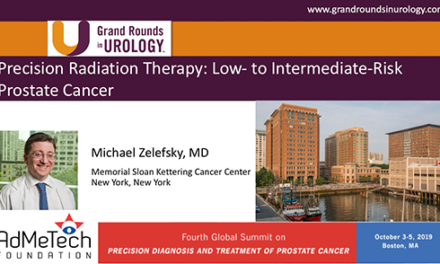