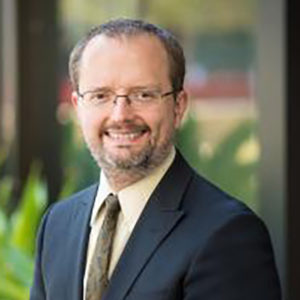 Alan W. Shindel, MD, MAS, graduated from the School of Medicine at Washington University in Saint Louis, Missouri, in 2002. He completed his residency training in urology at Barnes-Jewish Hospital in 2007. After completion of his residency, he started a 3-year Research and Clinical Fellowship in Andrology (Men’s Reproductive and Sexual Health) at the University of California, San Francisco (UCSF), under the direction of Drs. Tom Lue and Ira Sharlip. He joined the urology faculty at the University of California, Davis (UC Davis) in 2010 as an Assistant Professor of Urology. He was promoted to Associate Professor of Urology there in 2014. His clinical practice at that time was directed toward the care of patients with sexual concerns, urinary tract symptoms, and chronic pain syndromes. During his time at UC Davis, he served in various capacities on the Medical School Admissions Committee and was Director of the Medical Student Rotations in Urology. He was the Inaugural Editor-in-Chief for Sexual Medicine, an open access journal of the International Society for Sexual Medicine, from 2012 to 2015, and served on the board of the Sexual Medicine Society of North America from 2013 to 2015. In 2015, he left UC Davis to serve as a Medical Director at Genomic Health Inc., a manufacturer of genomic-based tests for prostate cancer. After two years at Genomic Health Inc., Dr. Shindel returned to UCSF in 2017 as an Associate Professor of Urology. He also currently serves as Interim Vice Chair of Education and Interim Residency Program Director at UCSF. Dr. Shindel has authored over 150 manuscripts and commentaries published as peer-reviewed original research, reviews, book chapters, and/or patient information pieces on topics including sexual dysfunction in men and women, urinary tract symptoms, nutritional supplements, urologic cancers, and medical education.

Alan W. Shindel, MD, MAS, discusses the current treatment of erectile dysfunction (ED) with PDE5 inhibitors, as well as the limitations of the currently available drugs for ED patients. He also reviews a number of potential targets for novel ED treatments, including nitric oxide, soluble guanylate cyclase, the RhoA/Rho Kinase/ROCK pathway, and the Sonic Hedgehog protein.

Alan W. Shindel, MD, MAS, reviews the basic scientific concepts behind low intensity shock wave therapy and the rationale for its use in the management of erectile dysfunction (ED). He discusses existing data from both animal and human models supporting this treatment, as well as the knowledge gaps that must be addressed before adopting it into clinical practice.

Alan W. Shindel, MD, MAS, explains the current evidence-based recommendations for Peyronie’s disease as described in the 2015 American Urological Association (AUA) guidelines, emphasizing the shared decision-making aspect of these guidelines. He provides an overview of the recommendations regarding the diagnosis of this condition, as well as medical therapy, injections, and surgical repair options.

Promoting Urologic Wellness in LGBT Persons: A Call to Action

Alan W. Shindel, MD, MAS, highlights the fact that, while cisgender lesbian, gay, and bisexual (LGB) people have many similar medical concerns to straight cisgender patients, physicians should exhibit medical professionalism by compentently caring for health risks specific to LGB patients. He reviews urologic concerns germane to this community, like urinary and sexual wellness, as well as quality of life considerations in gay men with prostate cancer.

Erectile Dysfunction: Perspective and Nuance from the 2018 AUA Guidelines

Alan W. Shindel, MD, MAS, reviews the framework for evaluation and management of erectile dysfunction set forth in the 2018 American Urological Association (AUA) Guidelines. He discusses how physicians can incorporate these guidelines into their practices while still determining the most effective approach for individual patients through shared decision-making.