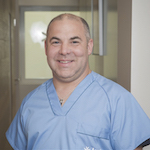 Fernando J. Bianco, MD, is the Investigator In-Chief for the Urological Research Network Corp in Miami and currently serves as Professor of Urology for Nova Southeastern University. He was formerly the Professor of Urology at George Washington University (Washington DC), and Columbia University (New York City, New York). In addition, Dr. Bianco has served as a lead scientist involved in the PRO-IMPACT trial that evaluated the molecular profiles of prostate cancers and its chances of disseminating in the short-term. This trial was supported by the Society of Urological Oncology Clinical Trials Consortium. Other important contributions by Dr. Fernando J. Bianco include characterization of PSA response to androgen deprivation therapies after surgery; association between testosterone levels and prostate cancer; and the impact of surgeon’s experience in prostate cancer survival and morbidity outcomes. Throughout his career, Dr. Bianco has held prestigious faculty positions. Upon completion of his Urological Oncology and Laparoscopic studies at Memorial Sloan-Kettering Cancer Center in the city of New York, where he was a Scholar for the American Urological Association Care Foundation (2003-2005) and the Koch and Albittron Foundations Scholar for Prostate Cancer (2005-2006), he moved to Washington, DC to serve as Chief of Urology Oncology at the Department of Urology of The George Washington University. Dr Bianco relocated to South Florida in 2008, serving as Associate Professor of Columbia University in the city of New York and as Founder and Director of the Columbia University Division of Urology, as well as Director of Robotic Surgery at Mount Sinai Hospital in Miami Beach. By 2011, he Co-founded the Robotic Surgery program at Doctors Hospital (Coral Gables, FL). His work has received awards from American Urological Association, Society of Urological Oncology and American Society of Clinical Oncology. He serves on the review panel and editorial board of numerous publications, including the Journal of Urology, Urology Oncology, Journal of Clinical Oncology, Urology, Cancer, Lancet Oncology. Additionally, he was a member of editorial board at-large for European Urology.