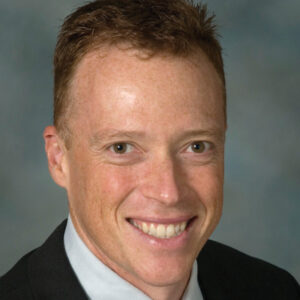 John F. Ward, MD, FACS, is an Associate Professor of Urology in the Division of Surgery at the University of Texas MD Anderson Cancer Center in Houston. He is a clinical scientist with exclusive focus on the management of prostate and testicular cancers. He is recognized as one of the early thought leaders in prostate cancer imaging and focal therapy. His contributions laid the groundwork that has helped this approach gain recognition as an acceptable therapeutic strategy for select patients with prostate cancer. He helped develop ablative techniques using a variety of energy and imaging techniques, and was involved in the early studies of interstitial laser ablation, focal cryotherapy, and high-intensity focused ultrasound, the latter work leading to the FDA US approval. He is equally involved in the development of urine and blood biomarkers of prostate cancer, as well as image-guided targeted prostate biopsy. As a busy clinician, Dr. Ward not only pioneered the MD Anderson Cancer Center Prostate Cancer Imaging and Focal Therapy program while performing 200+ robotic assisted prostatectomies a year, but he also developed the MD Anderson technique of robotic retroperitoneal lymph node dissection, and has now expanded this surgery into the post-chemotherapy setting and as primary treatment for metastatic seminoma. A native of Pittsburgh, Pennsylvania, Dr. Ward is a Graduate of the University of Notre Dame and Georgetown Medical School. He received his urologic oncology training at the Mayo Clinic in Rochester, Minnesota, before completing a career with the US Navy. He joined the faculty at MD Anderson Cancer Center in 2006.

John F. Ward, MD, FACS, details the workflow of the ARTEMIS Semi-Robotic Fusion Biopsy System through videos and software demonstrations. He illustrates the movement of the system’s endfire probe, the process of gathering images, rendering a digital 3D model of the prostate, and navigating the placement of biopsy needles.

John F. Ward, MD, FACS, discusses methods to improve prostate cancer detection in a way that avoids overdiagnosis. He focuses on multiparametric MRI (mpMRI) and the evidence evaluating its ability to guide biopsy targeting, or potentially allow for the avoidance of biopsy altogether.

Prostatectomy: What is the Future?

John F. Ward, MD, FACS discusses patient selection in definitive prostate cancer treatment and avoiding over and undertreatment. He then analyzes the impact of the evolving United States Preventive Services Task Force (USPSTF) recommendations for PSA screening on prostate cancer incidence, over and undertreatment, and amount of biopsies performed in urologic practice.

John F. Ward, MD, FACS, analyzes the evolution of organ preservation and focal therapy in the past fifteen years, from a random systematic biopsy approach to the introduction of multiparametric MRI (mpMRI) imaging. He then discusses the possibility of using focal cryotherapy as part of a multimodal strategy with immunotherapy.