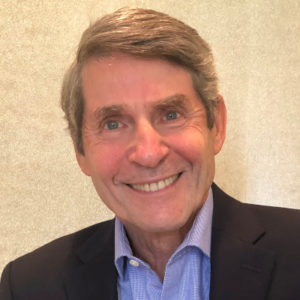 Neil H. Baum, MD, is a Clinical Professor of Urology at Tulane Medical School in New Orleans, Louisiana. He is also a retired urologic surgeon. Additionally, Dr. Baum serves as the Medical Advisor to Vanguard Communications Group. Dr. Baum is the author of Marketing Your Clinical Practice - Ethically, Effectively, and Economically, which is in its 4th edition, has sold over 175,000 copies, and has been translated into Spanish. He also wrote The Complete Business Guide to a Successful Medical Practice, which was published in 2015. Dr. Baum was the columnist for American Medical News for more than 25 years. Dr. Baum also wrote the popular column, “The Bottom Line,” for Urology Times for more than 20 years. He is a requested speaker each year to the Practice Management Seminar for the American Urological Association (AUA), where he discusses techniques for making urology practices more efficient and more productive. He has written more than 9 books on practice management and over 250 peer-reviewed articles on various urologic topics. Dr. Baum is also the medical advisor to Vanguard Communications Group.

Grand Rounds in Urology Contributing Editor Neil H. Baum, MD, Professor of Urology at Tulane Medical School, gives advice on how urologists can improve staff morale in their practices with effective staff meetings. He explains that a highly motivated staff is one of the pillars of a successful practice and argues that the purpose of staff meetings is to get staff feedback, identify problems, introduce new ideas, and enhance morale. Dr. Baum notes that key elements of running effective staff meetings include circulating an agenda, taking notes, preparing a to-do list, and sending out notes within a day or two of the meeting. He particularly focuses on the importance of bringing “sparkle” to staff meetings by, for example, having staff share the best things that have happened to them in the practice since the previous meeting, or by acting out relevant scenarios. Dr. Baum emphasizes providing an environment that is fun, rather than an environment where everyone is moving from one crisis to the next. He also gives suggestions on how to improve performance reviews, recommending that urologists try to do one with each staff person every three to four months and have them complete a worksheet with questions about their goals before each review. Dr. Baum also suggests periodically surprising staff with fun activities to show appreciation. His bottom line is that by taking good care of staff, a urologist ensures that staff will take outstanding care of patients.

Grand Rounds in Urology Contributing Editor Neil H. Baum, MD, Professor of Urology at Tulane Medical School, gives advice on how urologists can identify the causes behind and reduce the number of no-shows in their practices. He defines no-shows as patients who miss their appointments without calling ahead of time, leaving expensive holes in a practice’s schedule. Dr. Baum recommends that urologists identify the cause of no-shows in their practice by reviewing the electronic medical record, calling patients to ask why they did not keep their appointment, calculating the number of no-shows on a quarterly basis, and monitoring the trend. He explains that no-shows tend to be self-pay and Medicaid patients, patients with urgencies or emergencies, new patients, and patients given appointments for dates more than 4 or 5 weeks after they call. Dr. Baum then gives several suggestions on how to prevent no-shows, such as creating daily “sacred” time slots in the schedule for new patients, urgencies, and emergencies so that these patients can be seen soon after they call without disrupting the schedule. He also recommends sending automated appointment reminders that give patients the option of confirming, canceling, rescheduling, or leaving a message. Dr. Baum argues that charging no-shows is not a great option, since these fees can be difficult to collect and can create ill-will. Instead, he suggests urologists should consider no longer giving appointments to repeat no-shows. He concludes that preventing no-shows is a proactive process and that urologists should identify and remove the obstacles preventing patients from keeping their appointments.

Leaving a Lasting Impression on Your Patients

Grand Rounds in Urology Contributing Editor Neil H. Baum, MD, Professor of Urology at Tulane Medical School, gives tips on how urologists can leave a positive lasting impression on their patients. He explains that making a favorable last impression is important since it encourages patients to share their experience. Dr. Baum then gives some suggestions on how a urologist can leave a positive impression, including calling key patients at home to answer any lingering questions patients may have and to remind them of future appointments or procedures. He defines key patients as those who have been recently discharged, those who have recently had an outpatient procedure, those who have received a negative result from recent diagnostics, or new patients. Dr. Baum notes that the doctor should ideally be the one to call the patient and provides some suggestions for scheduling calls and alerting patients ahead of time that the doctor will be calling in order to avoid playing phone tag. He lists the advantages of calling, explaining that it continues the connection between the patient and the practice, reduces the number of calls from patients, improves a practice’s online reputation, and creates “raving fans.” Dr. Baum concludes that last impressions are just as important as first impressions for a practice’s reputation.

The Latest Dope on Medical Marijuana

Grand Rounds in Urology Contributing Editor Neil H. Baum, MD, Professor of Urology at Tulane Medical School, discusses the latest research on medical marijuana, noting that it is increasingly popular with patients and that almost all physicians, including urologists, should expect questions about it. He gives a brief history of cannabis, from its use as an herbal medicine in 500 BCE, to its criminalization in 1937 and, eventually, to its legalization for both medical and recreational uses over the last few decades. Dr. Baum then defines several terms, explaining the difference between cannabidiol (CBD), which is not psychoactive and has anti-inflammatory properties, and tetrahydrocannabinol (THC), which is psychoactive and increases appetite. He lists the conditions marijuana is purportedly beneficial for including chronic pain, alcohol and drug addiction, insomnia, depression, post-traumatic stress disorder, social anxiety, nausea and vomiting associated with chemotherapy, gastrointestinal disorders, multiple sclerosis, and certain forms of epilepsy. Dr. Baum notes that while there is some evidence supporting marijuana’s benefits for several of these conditions, randomized controlled trials are needed to substantiate many claims.

The Medicinal Value of Humor

Grand Rounds in Urology Contributing Editor Neil H. Baum, MD, Professor of Urology at Tulane Medical School, discusses the health benefits of humor and gives suggestions on how urologists can incorporate it into their practices. He begins with a brief history of humor and medicine, noting that sources from as far back as the Old Testament link humor to good health. Dr. Baum then considers the scientific relationship between laughter and illness, noting that laughter increases heart rate, releases endorphins, stimulates the immune system, and decreases cortisol. He explains that research indicates these physiological effects can decrease stress, increase pain tolerance, and perhaps even help with depression. Dr. Baum highlights the particular importance of humor in the high-stress COVID era, especially since laughter may increase immunity for upper respiratory illnesses. He then provides some examples of how to bring humor into a urologic practice, such as hanging humorous images on the walls, keeping comedy magazines in the lobby, and putting jokes on fax sheets. Dr. Baum concludes that humor is great medicine, and that urologists should not only use it with their patients, but should also prescribe it to themselves.