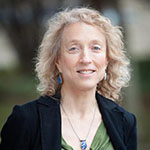 Juanita M. Crook, MD, FRCPC, completed her medical training at the University of Toronto and her Residency in Radiation Oncology at Princess Margaret Hospital. She is currently a Professor of Radiation Oncology at the University of British Columbia in Kelowna. She is a radiation oncologist at the BC Cancer Agency Sindi Ahluwalia Hawkins Centre for the Southern Interior, also in Kelowna, where she has developed image-guided HDR gynecologic brachytherapy, US-planned HDR prostate brachytherapy, and permanent seed brachytherapy for breast cancer.

Previously a Professor of Radiation Oncology at the University of Toronto/University Health Network and Associate Professor at the University of Ottawa, she has a particular interest in intermittent androgen suppression, post-radiation prostate biopsies, and penile brachytherapy. She has written more than 20 book chapters and over 200 journal articles and is a frequent speaker at international meetings where she presents in English, French, and Spanish. She was Scientific Chair of the 2007 American Brachytherapy Society meeting and frequently teaches at the ABS Prostate Brachytherapy School. She is the Former President of the Board of the American Brachytherapy Society and the recipient of the Thom Shanahan Distinguished Brachytherapy Educator Award.

Juanita M. Crook, MD, FRCPC, discusses the challenges of assessing modalities for the management of high-risk prostate cancer in terms of quality of life (QOL) outcomes. She then reviews QOL data from the ProtecT trial, the efficacy and toxicity of presented for ASCENDE-RT trial, and data from two large, mature prospective databases. She also shares her opinion on the “tri-modality” approach.

Juanita M. Crook, MD, FRCPC, argues that focal brachytherapy is one of the most effective and least invasive treatments for prostate cancer. She discusses patient selection for focal therapy, technical limitations, efficacy data, and best practices in post-focal-therapy monitoring.

Dr. Juanita M. Crook presented “Which Should We Use: Brachytherapy Monotherapy Or Combined...

Active Surveillance and Our Role in Local Therapy